For many Americans, there is a lot riding on the 2020 presidential election.

Democrats view this year’s election cycle as their shot to get President Trump out of office. We’ve seen this time and time again as top Democrats rally behind Joe Biden, calling for Trump to be a one-term president.

For Republicans, though, the 2020 presidential election is about keeping the president in office. Trump continues to enjoy overwhelming conservative support; as such, most right-wing people are eager for the president to serve a second term in office and furthermore continue his agenda to keep America great. 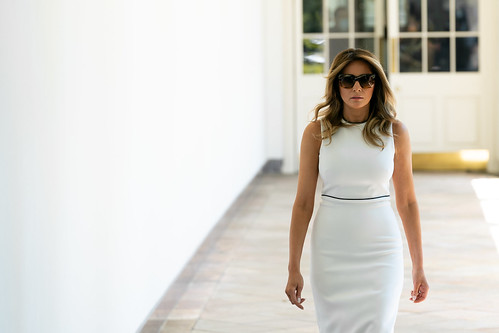 Yesterday, the left extended their spin and take on what this year’s election is all about. In an Independence Day address, Joe Biden branded the 2020 presidential election as an opportunity to purge the “roots” of “systemic racism,” reports Washington Examiner.

What to Know About the New Spin on 2020’s Election

In the former vice president’s statements about the 4th of July, he stated that America “never lived up” to promises of all persons being created equal. Biden also asserted that his presidency would tear out “roots” of what he called “systemic racism” in the United States.

Our nation was founded on a simple idea: We're all created equal. We've never lived up to it — but we've never stopped trying. This Independence Day, let's not just celebrate those words, let's commit to finally fulfill them. Happy #FourthOfJuly! pic.twitter.com/1WrATlx8Xl

Additional pointers from Biden’s statements involved touting his own candidacy as the solution to perceived problems. However, when the former vice president spoke about ” systemic racism,” he declined to mention his own slip-ups on racial issues.

There are many examples of this to cite. One instance involves Biden stating that poor children are as talented and bright as “white children.” The implications and optics of this caused many Americans to cringe; Biden’s previous assertion that African-Americans “ain’t black” if they don’t support him over President Trump also didn’t garner a favorable response from people.

Pushback Against the Notion of “Systemic Racism”

Many Americans have pushed back against the leftist notion of “systemic racism.” Critics point out the notion’s implication that Americans of certain races collectively have the same experiences. Of course, this simply is not true.

America was founded on the promise of equality, liberty, and justice for all — and it's long past time we lived up to it.

Other people have slammed Democrats like Joe Biden and others who assert the notion of “systemic racism,” stating that the left perpetuates what it claims to oppose. Biden’s 4th of July statements also arrived as left-wing demonstrators protested Independence Day by stomping on the American flag.

What do you think the 2020 presidential election is all about? Share your thoughts with us in the comments section below!