At this point in the 2020 presidential election, Americans know that Biden will wind up with official recognition from the Democrat Party as their nominee. This has led to multiple speculations about how Biden will fare against President Trump in the general election.

Thus far, the former vice president has failed multiple sexual assault allegations; he’s forgotten names of world leaders, dates, and even what state he’s in. Biden’s forgetfulness, along with his tendencies to lose train of thought and incoherently articulate certain points, has prompted questions about his cognitive abilities. 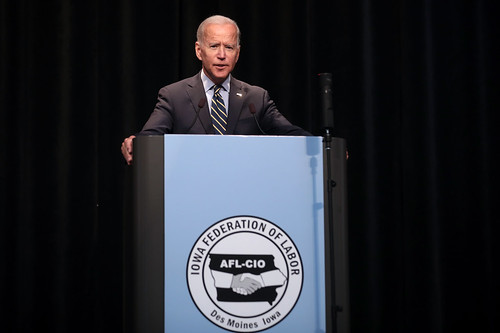 Another critical point for many Americans deals with whether or not Joe Biden will be able to manage himself in one-on-one debates against President Trump. According to a new study, a considerable amount of Americans have their doubts, per Breitbart News.

The General Consensus on Trump vs. Biden Debates

A Rasmussen Reports poll shows that 36% of U.S. voters do not believe that Biden has what’s necessary to successfully debate the president. An additional 11% furthermore remain uncertain about whether or not Biden can hold his own against President Trump.

However, data from Rasmussen Reports gets even more fascinating when voters are asked about whether they believe Biden is a dementia sufferer. As it currently stands, 38% of Americans do believe that the former vice president faces some type of dementia; this percentage includes 20% of individuals who are Democrats.

All-in-all, more than half of Americans think that Biden’s presidential campaign would take a significant hit if he refused to debate Trump. Already, however, there are some people suggesting that Biden either not debate the president or re-negotiate the terms in which he will go one-on-one against the commander-in-chief.

Biden on His Cognitive Abilities

Both Joe Biden and his political team have repeatedly refuted claims that he’s suffering from dementia or other cognitive declines. In fact, the former vice president recently stated that he take regular cognitive tests; thus far, however, the public has yet to review the nature or results of said tests.

Biden also maintains that he looks forward to debating and going one-on-one against President Trump. The former vice president’s social media pages are full of him promoting his candidacy while also attacking Trump’s response to coronavirus.

Do you think Joe Biden has what it takes to debate President Trump? Let us know down below in the comments section.