The 2020 presidential election is shaping up to be one of the most intense elections of a lifetime.

President Trump and Democrat nominee Joe Biden have very different plans for the direction to take America. The president remains committed to policies like supporting the police, fostering school choice, and restoring jobs to the workforce.

Biden, on the other hand, has spoken fondly of “redirecting” police funding and completely shutting down the economy again. 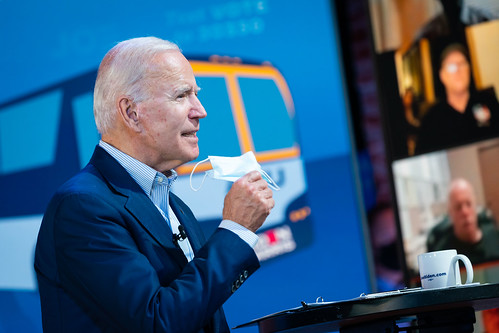 Many Democrats are eager to get Trump out of office. Republicans, on the other hand, believe that Trump’s record, policies, and strong enthusiastic base will be enough to carry him across the finish line to a second term.

Thus far, multiple left-wing activist groups have threatened violence if the 2020 presidential election does not result in a win for Joe Biden and Kamala Harris. As a result, Breitbart News confirms that most of the nation has concerns about violence that may occur closer to and after November 3.

The General Consensus on Political Violence

Per information from a recent YouGov survey, nearly 60% of the nation believes that violence will follow as a result of the 2020 election.

Just 49% also stated that a “general agreement” on the legitimate president will be met while only 52% of Americans believe that this election will be “fair and honest.” When polled about the specific nature of anticipated violence, the responses were quite telling.

You heard it here!

The official Joe Biden campaign account has tweeted that Kamala Harris will be "ready" to lead on "Day 1" if elected.

Joe Biden is a Trojan Horse for radicals like Kamala Harris.

He wouldn't be running the show. The radicals would. https://t.co/QBGKKDEhvt

Respondents predicted that arson, looting, and “trashing of cities” are the manners of violence Americans can expect to see. On a similar note, 52% have begun stocking up on essentials as a means of precaution for post-Election Day America.

Predictions of the nature surrounding Election Day violence greatly align with the disruptions that have already occurred in leftist cities for months now. Since the outbreaks, Republican leaders began taking executive and legislative action to protect Americans.

Kamala Harris was rated the most liberal U.S. Senator in 2019.

This means cracking down on rioters while issuing stiffer consequences for attacks on police and destruction of communities. Furthermore, President Trump himself has already stated that he won’t stand for political violence on Election Day; the president maintains that if violence gets too out of hand, he has the legal and constitutional authority to send in the military.

What do you think the nation’s climate will look like on November 3? Do you think the political left will accept the outcome of the 2020 presidential election if President Trump wins a second term in office? Let us know in the comments section below!