Ever since President Trump defeated Hillary Clinton in 2016, the radical left declared war upon Trump supporters.

Over the years, Americans have witnessed this as video footage of Trump supporters being assaulted has trended online. Many people with the audacity to openly support the president have faced physical blows, drinks thrown on them, theft of their Make America Great Again hats, and more. 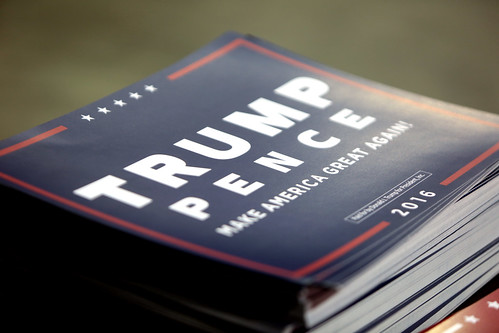 There is some light at the end of the tunnel, however. New legislation to be introduced by Georgia Democrat Rep. Vernon Jones would actually criminalize the act of attacking Trump supporters.

Breitbart News reports that Jones’ proposal would make the assault of pro-Trump Americans a hate crime.

What to Know About Rep. Vernon’s Legislation

Earlier this week, the Georgia Democrat took to social media and announced his unease with constantly seeing Trump supporters come under physical attack. Jones noted that attacks motivated by pro-Trump support are, in fact, hate crimes and deserve to be treated as such.

I’ve watched countless videos of Trump supporters getting attacked in the streets simply due to their support of @realDonaldTrump.

Let’s call this what this is: a hate crime. And as we return to the legislature next week, I’ll be introducing legislation that’ll make it such.

This is why Jones will present legislation to deem attacks on Trump supporters as hate crimes. As most Americans are aware of, hate crimes are taken very seriously in America and come with some hefty penalties.

The timing of the Georgia Democrat’s upcoming legislation is crucial. Right now, America is facing a situation where the radical left is out of control like never before. Anarchists, rioters, and looters are using the death of George Floyd to be destructive and beat up anyone who disagrees with left-wing dogma.

I urge @GovKemp, @GeoffDuncanGA, and Speaker Ralson to support this legislation as we work to put an end to political violence in our great state and provide a blueprint for the rest of the nation to do so as well.

Many Americans are hopeful and supportive of the idea behind the Georgia representative’s upcoming bill. We can all expect to have more information and details in the week to come.

Do you think that attacking Trump supporters should be a hate crime? Would you support Rep. Jones’ bill? Don’t hold back your thoughts in the comments section below!