In March, writer and former Senate staffer Tara Reade broke headlines with troubling accusations against Joe Biden. During these accusations, Reade accused the former vice president of forcing her against a wall before penetrating her with his fingers in 1993. Biden, of course, denied these claims both via his presidential campaign and directly, but Reade isn’t going away. 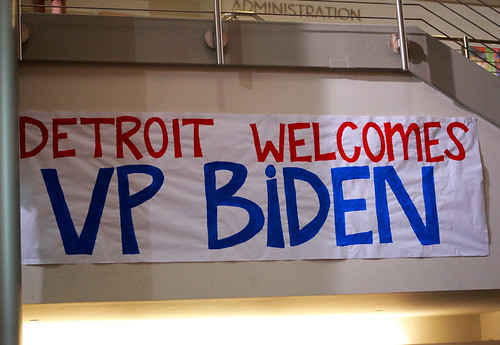 The Democrat Party remains largely split on how to deal with Reade’s claims. Establishment figures, on one hand, have chosen to simply claim they believe Biden and continue supporting him. Progressive and anti-establishment Democrats, on the other hand, are likelier to support investigating Reade’s allegations.

On Saturday, the unsuccessful socialist spoke with MSNBC. During this interview, Sanders professed that cultures spanning across decades have discouraged women from speaking about sexual assault allegations. He then used this point to state that the media has a duty to investigate Reade’s claims and “see where that leads.”

The failed 2020 Democrat also made sure to note Biden’s denials of Reade’s allegations. Sanders professed that the idea of Biden never assaulting Reade is “Joe’s point of view.” The socialist also pointed out that Biden will remain in the race, as will his claims of never forcing himself on Tara Reade.

Sanders’ call to have the press probe Reade’s account greatly differs from many other Democrats. Numerous so-called champions of women have chosen to reject and dismiss Reade since she’s accusing a Democrat, instead of a Republican like Brett Kavanaugh.

Do you believe that Joe Biden sexually assaulted Tara Reade? Do you believe establishment Democrats would respond differently to Reade if Biden had an (R) next to his name instead of a (D)? Let us know in the comments section below!