The Biden campaign has taken significant amounts of censure over the past several weeks. Even certain leftists, like Hollywood filmmaker Michael Moore, have come out and slammed the 2020 Democrat’s manner of running his campaign. Republicans, of course, take issue with Biden’s policies, mistruths, and affinity for gaffes.

In one way or another, it appears that the Biden camp has caught wind of the public’s growing dissatisfaction. This could explain why Kamala Harris seems to be taking a front-row seat in the Biden campaign, despite him being the head of the ticket. 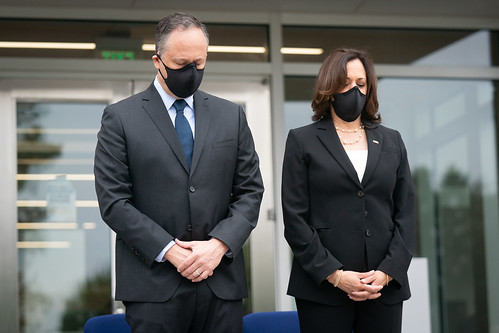 Ducking and Dodging the Difficult Questions

Yesterday, Harris traveled to North Carolina in order to deliver a speech at Shaw University. During this period, the California senator ripped into Republicans for choosing to move forward with a replacement for the deceased Justice Ginsberg.

Harris also vowed that Democrats would resist Barrett’s ascension to the Supreme Court; per the vice-presidential running mate, the left is firmly opposed to the “infection” they believe President Trump has ushered into government and public society.

No questions taken by Kamala Harris once again – what are they hiding? pic.twitter.com/4GP6C66gwi

Finally, Harris painted a dystopian image to come if Barrett is approved to serve on the Supreme Court. According to Biden’s running mate, the confirmation of Barrett would ultimately engender the loss of healthcare and other related necessities.

There’s no denying that Harris made some strong statements while speaking at Shaw University. Naturally, reporters had questions, but the running mate to Biden quickly left the stage after her speech without taking a single inquiry from any reporters.

A Reckoning for the Biden Campaign

The “Harris-Biden administration” team may have dodged questions from the media as of late, but tonight, the buck stops here.

At 9:00 PM, Eastern Standard Time, Joe Biden will face off against President Trump for the very first presidential debate of the 2020 general election cycle. Biden will not be able to avoid answering questions; likewise, he also won’t have the luxury of sending out Harris to do the grunt work of the campaign.

WATCH: Kamala Harris refuses to answer a question about whether she supports expanding the size of the Supreme Court. pic.twitter.com/0bXYoHRsuv

Both Trump and Biden have reportedly prepared for tonight’s debate. Only time will tell which candidate emerges as the victor.

Why do you think the Biden campaign keeps avoiding questions from the press? Who do you think will win tonight’s presidential debate? Be sure to fill us in down below in the comments section.