Tuesday night marked the first debate of this 2020 presidential election cycle. During this time, Biden sparred with Trump, and to say that the former vice president struggled would be an understatement.

During multiple times throughout the 90-minute segment, Biden stammered or misspoke and later had to correct himself. The Democrat also denied referring to military servicemembers as “stupid bastards,” despite these remarks being caught on video that Biden’s own campaign confirmed as authentic. 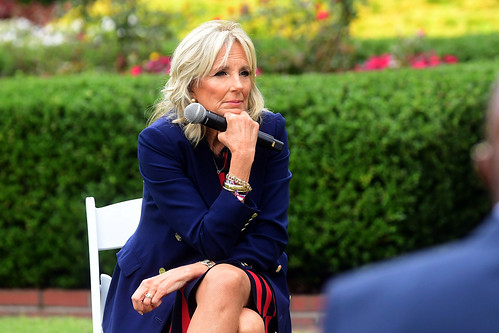 Now, days later, the former vice president appears to be licking his wounds. According to Breitbart News, Biden is back to dodging the press and calling a lid on his campaign during the early mornings.

The Absence from the Public Eye

On Thursday, Biden kicked off the final month before the 2020 election by calling a lid prior to noon.

Early lids have become common for the former vice president’s campaign and furthermore prompted questions about his stamina and fitness to run for office, let alone lead the nation. Many Americans are also contrasting Biden’s early lids with Trump frequently traveling the country to host multiple rallies in different states.

In Joe Biden's America, we'd all be in danger.

Joe Biden does not have the backs of our police officers. pic.twitter.com/agi15sB5S5

The 2020 Democrat nominee’s decision to duck the public comes after spending more than one-third of September off the campaign trail. Even leftist political pundits have repeatedly warned that President Trump has way more enthusiasm amongst his base than Biden does.

Levels of enthusiasm also came up during Tuesday night’s debate. Trump repeatedly hit Biden, stating that no one is truly interested in hearing the Democrat nominee speak, hence his very small crowds.

Hits from the Trump Campaign

As Biden calls a lid on his campaign, the Trump campaign is hard at work. Just yesterday, the president’s re-election team put out a series of ads and media; these clips criticize Biden’s shaky stance on law and order, his refusal to answer critical SCOTUS questions, and much more.

President @realDonaldTrump: You know Biden lost badly when his supporters are saying that they should cancel the next debate pic.twitter.com/r1FxHC4xmh

Issues such as the economy, the Supreme Court, keeping Americans safe, etc., continue to maintain their importance, despite Biden’s absence from the campaign trails. Quite frankly, over the past several weeks, Americans have seen more of Biden’s running mate than they’ve seen of him.

Kamala Harris’ frequent appearances on the trail come amid speculations that she is the one truly calling the shots, rather than Biden.

Why do you think Joe Biden keeps calling early lids on his campaign and ducking the press? Share your theories and takeaways with us in the comments section below!