As the nation approaches the one-week mark since November 3, the results of the 2020 presidential election are still unknown.

At this time, several states are in the middle of recounting their ballots; Pennsylvania, for instance, is under orders from the Supreme Court to separately count ballots that arrived after Election Day. These ballots may or may not be eligible, depending on multiple factors. 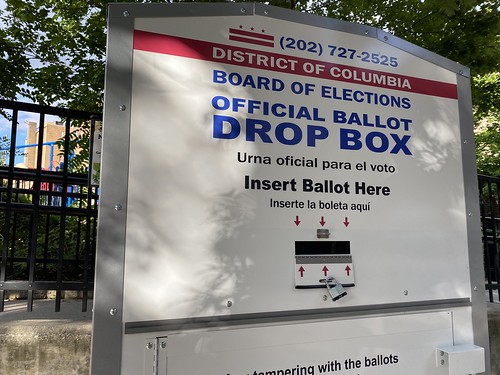 Democrats are very eager to declare Joe Biden as the victor of the presidential race, even as vote counts remain ongoing. Earlier in the week, House Speaker Nancy Pelosi referred to Biden as the “president-elect,” nonetheless, this has yet to be determined.

Biden also rushed to claim a victory for himself during a public address yesterday, without directly using the word, confirms Breitbart News.

What to Know About Biden’s Most Recent Public Address

The former vice president declared on Friday that the American people gave him a “mandate for action.” What this really means is something that no one really knows; however, based on the former vice president’s claim that he will secure over 300 electoral votes, it’s very clear that he believes victory is right around the corner.

Biden bragged of his reported leads over Trump in states like Georgia and Pennsylvania. This lead is on very shaky grounds, however. The Peach State is already recounting its votes; meanwhile, there is a good chance that many ballots cast in Pennsylvania could be deemed ineligible, hence the possible erasure of Biden’s “lead.”

.@GOPchairwoman: "If the shoe was on the other foot and President @realDonaldTrump was in the lead in all these states, the media would be screaming that the race is not over and we need more time to count and make sure it's right." pic.twitter.com/w3eYjdX3Jq

Another interesting point arrived in Biden’s speech when he professed that he won’t wait anymore to “start the process” and “get the work done.”

As the 2020 race remains very much up in the air, the president sent a clear warning to Joe Biden; that warning asserted that Biden should not declare himself the winner of the race.

Of course, Biden did not heed the warning; he has all but declared himself as the president-elect without specifically using these words. The former vice president’s declaration of his refusal to wait on “[starting] the process” speaks volumes.

Joe Biden should not wrongfully claim the office of the President. I could make that claim also. Legal proceedings are just now beginning!

With all the reports of illegal ballots, voter fraud, unlawful banning of poll watchers, etc., a lot of this will have to play out in court. The possibility of the 2020 race going to the Supreme Court also remains very real.

What did you think about Joe Biden’s public address to the nation last night? Don’t be afraid to share your thoughts in the comments section below!