Days ago, President Trump visited Kenosha, Wisconsin. This visit arrived after multiple nights of fires, riots, and other forms of destruction.

Some of the latest instances of civil unrest have happened after the police shot Jacob Blake. Blake was said to be walking away from law enforcement and heading to his car to pull out a weapon. 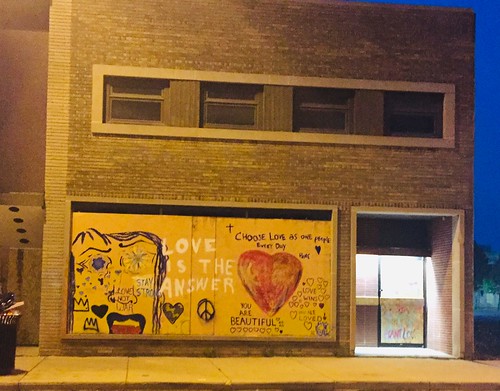 Since the incident, Black Lives Matter and other leftist activists have taken to the streets to loot and engage in other criminal behaviors; only recently have Democrats stopped openly referring to this conduct as “peaceful protest.”

When the president visited Kenosha, he took criticism from Democrats who claimed that his arrival would only worsen matters. Now, Washington Examiner confirms that Democrat nominee Joe Biden will also visit Kenosha later today.

What to Know About Biden’s Upcoming Kenosha Visit

The former vice president will meet with members of the Kenosha community in order to discuss “healing” strategies and various means of bringing people together, per the Biden campaign.

Following this community meeting, Biden and his wife, Jill Biden, are expected to make an additional stop in the Wisconsin city. The former vice president’s talk about uniting Americans arrives after repeatedly attacking President Trump for even visiting Kenosha; moreover, Biden’s upcoming arrival is being contrasted to President Trump’s.

Republicans took umbrage with the Wisconsin governor and Kenosha mayor urging the president against visiting. As such, many conservatives are wondering whether or not Wisconsin leaders will have a similar message for Joe Biden. Furthermore, the present conditions of Kenosha have also advanced various criticisms about left-wing leadership.

The Latest from Joe Biden

Aside from Biden’s upcoming visit to Kenosha, he and his campaign remain hard at work to vilify President Trump.

Right now, the latest talking points from the former vice president assert that Trump is encouraging violence for political reasons. Objectively, this is not accurate.

The 45th president continues to censure acts of violence and lawlessness, even working with the Department of Homeland Security (DHS) to send federal officials into riot-ridden communities.

They're rooting for chaos and violence because they think it helps them win a second term.

Now ask yourself, is that really who you think should be running the country? pic.twitter.com/rXf0O5u0WC

In fact, President Trump’s re-election team has repeatedly hit Biden for his responses to violence in major cities. Conservatives largely maintain that the former vice president has a “knee-jerk” reaction to criticize the police rather than rioters and looters.

What do you think about Joe Biden’s upcoming visit to Kenosha, Wisconsin? How will this impact the 2020 presidential election? Let us know in the comments section below!