While the 2020 presidential election plays out, both Trump and Biden are campaigning to ensure that the other does not win. Both the president and the former vice president have gone after one another on social media, during talks with the press, and in campaign speeches. 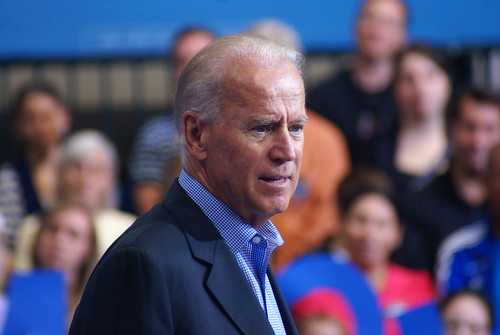 Right now, Biden and his campaign are working on swinging the state of Ohio in his favor. This comes after Trump’s 2020 re-election campaign has poured millions of dollars into advertising in Ohio and working to win the swing state.

During the 2016 presidential election, Trump managed to win Ohio; Biden and his team are very clearly working to stop this from happening again in 2020, confirms Washington Examiner.

The Fight to Win Ohio

At this time, the former vice president’s strategies for beating President Trump in Ohio entail expensive ad blitz campaigns and promising to better the economy.

Biden’s ads are set to routinely run on broadcast and digital programs; furthermore, Ohioans can expect to have ongoing exposure to the Biden ads until the Democrat National Convention comes to its end.

Donald Trump's instinct to constantly add fuel to the fire is the last thing our country needs right now.

We need leadership that will calm the waters and lower the temperature. pic.twitter.com/tNUQUYDO8P

In targeting Ohio, Biden is hoping to kill Trump’s chances of winning re-election.

After all, every single Republican to win the White House has also managed to secure support in Ohio. GOP members and Ohio share a close, political tie with one another; the former vice president knows this and hopes that such a tie will work against Trump this year.

Which Candidate Will Win in Ohio?

At this time, President Trump leads his 2020 election rival by one point in Ohio, according to polls. The president has also done some campaigning of his own in the state; just last month, the Trump campaign spent close to one million dollars in Ohio, while it has spent around three million dollars in 2020 alone.

Common campaign talking points of the former vice president assert that electing him into the White House will solve Americans’ struggles. Biden also regularly takes aim at the president’s tweets, tones, politics, and manner of conveying his messages.

Folks, I'm excited to share that Senator @ewarren and I are hosting a grassroots fundraiser this Friday — and you're invited. We're going to chat about what's at stake this November and even answer a few of your questions.

As things currently stand, time is what will ultimately determine whether or not Biden manages to interfere with Trump winning the state of Ohio. President Trump’s re-election campaign continues to affirm its confidence that Biden will not win this election in November.

What do you think about Joe Biden increasing his campaigning in Ohio? Do you think President Trump can still win the state? Share your thoughts with us down below in the comments section.