Biden on the Precipice on Securing Democrat Party’s Nomination

For quite some time now, Joe Biden has been the presumptive nominee of the Democrat Party.

Throughout the primary election, the former vice president managed to outlast all other competitors. Additionally, Biden cut deals behind the scenes, getting back-to-back endorsements from his former rivals, both before and after Super Tuesday. 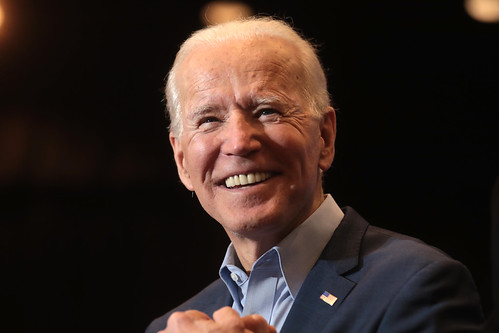 Now, reports from Fox News confirm that Biden is closer than ever to officially securing his party’s nomination.

This comes in spite of Tara Reade’s sexual assault allegation against Biden, coupled with him claiming that black Americans “ain’t black” if they remain undecided about supporting him over President Trump.

What to Know About the 2020 Primary Election

On Tuesday, Biden was officially listed as the winner of the Pennsylvania, South Dakota, Montana, New Mexico, Rhode Island, Maryland, and Indiana primary elections. The press did not call Washington D.C. for Biden on Tuesday night, but he will likely emerge as the victor of that primary election as well.

Despite Biden’s clear winning streak in the primary election, Bernie Sanders’ name still remains on the ballots. This leaves the possibility of the former vice president not reaching the necessary number of 1,991 delegates for some time.

The presidency is a big job. Nobody will get everything right. I won’t either.

But I promise you this: I won’t traffic in fear and division or fan the flames of hate. I will seek to heal the racial wounds that have long plagued this country — not use them for political gain. pic.twitter.com/TfNaoMRZQp

The Democrat Party continues throwing most of their collective support behind Biden. In addition to backing from his former 2020 rivals, the presumptive nominee has gotten endorsements from House Speaker Nancy Pelosi, former President Barack Obama, and other top Democrats.

As Biden continues through the 2020 primary election, there are speculations about which woman he will select as his running mate. Names like Kamala Harris, Gretchen Whitmer, Elizabeth Warren, etc. have come up; however, black Democrats maintain their belief that Biden owes it to them to choose a black woman to run with him against President Trump.

Do you believe that Joe Biden will ultimately win the Democrat Party’s nomination? Who do you think will be his running mate? Let us know your thoughts down below in the comments section!