The rush to declare Joe Biden as the winner of an unfinished election remains ongoing. Back in September, during the very first presidential debate, the former vice president vowed that he wouldn’t claim to have won the race until after the certification process.

Nonetheless, not a single state has certified anything; some states aren’t even finished counting their votes and yet Biden is declaring that he won the race. 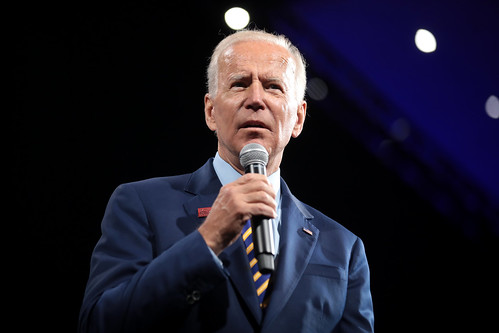 Not only has the former vice president run with the media’s narrative that he’s “president-elect,” but Biden is also frustrated with Trump for not playing along.

The White House is holding off on giving Biden transition funds and access until after the states’ certification process; furthermore, President Trump has not conceded the race, seeing as vote counts are not complete and neither is litigation.

All of this frustrates Biden who has since chosen to lash out at the incumbent president, according to Breitbart News.

Putting the Cart Before the Horse

Virtually every leftist in America has professed that Trump ought to concede a presidential election that is not even completed yet.

Battleground states like Georgia, Arizona, Pennsylvania, and others have yet to be called; also, several states are having to do audits and recounts before anything official is determined.

WATCH @seanhannity: "70% of Republicans don't believe this election was free, fair – and for good reason!" pic.twitter.com/lEjJW2lIKs

Despite the ire of progressives and leftists, Trump has strong legal cases and several paths to win re-election. Nevertheless, Biden still chose to lash out at the president, citing his lack of concession as an “embarrassment” while speaking with the media.

The Democrat presidential candidate continued, opining that Trump’s failure to concede a still-ongoing election would adversely impact his legacy. Biden then professed that the nation can rise above “bitter politics” that he claims have existed for between five to seven years.

A Dose of Reality

The Trump campaign has repeatedly maintained that Trump will not concede, amid underway vote counts, recounts, audits, lawsuits, etc.

Additionally, the Trump campaign remains confident in the president’s ability to win enough states to surpass 270 electoral votes. Pennsylvania has not yet called their state for either Trump or Biden; they also haven’t finished counting their votes or putting aside ballots that materialized after Election Day.

Right now, it is far too early for any talk about Trump conceding the presidential election.

What do you think about Joe Biden’s haste for Trump to concede the 2020 race? We look forward to learning your thoughts in the comments section below!