Biden Slammed for Making “a Gaffe Every Day”

2020 Democrat Joe Biden has continued to make one gaffe after the other throughout this year’s presidential election.

There are times where Americans listen and watch the former vice president speak only for him to stumble over words or forget what he’s talking about. Likewise, Biden is on record misquoting the Declaration of Independence, making cringeworthy statements about race, misremembering the names of world leaders, and much more. 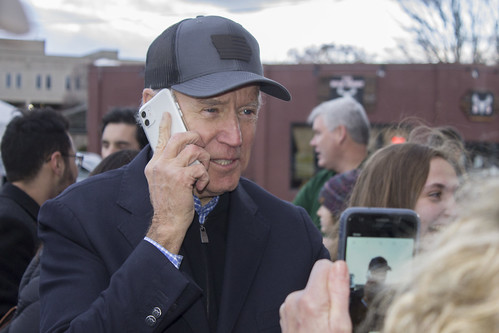 During this week alone, the former vice president has suffered several instances that leave people with even more questions about his cognitive health. On Friday, Fox Business raised concerns about Biden’s tendency to make “a gaffe a day,” confirms Washington Examiner.

Despite the former vice president’s habits of stammering, misspeaking, forgetting where he is or what he’s trying to say, he’s brushed off claims about cognitive decline. Democrats, for the most part, are also dismissing this in the public eye, claiming that it’s just a GOP talking point.

However, Fox Business host Maria Bartiromo held Biden’s feet to the fire. She noted that the former vice president makes “a gaffe a day,” stating that such a pattern is clearly indicative of “a cognitive issue.”

Awkward. Joe Biden explains his refusal to take a cognitive test and then stumbles badly in trying to say “mental fitness…” pic.twitter.com/wUKRAKOSgG

The assessment from the Fox Business host arrives after Biden’s verbal clash with CBS News host Errol Barnett. When Barnett questioned the former vice president about taking a cognitive test, Biden became testy and asked the CBS News host if he was “a junkie.”

Biden then went on to assert the wellness of his physical and mental state, yet ironically (or rather tellingly) struggled with articulating the word “fitness.”

The former vice president previously claimed that he has taken “multiple” cognitive tests. Of course, the nation has never seen any documents or evidence to confirm the truthfulness of Biden’s assertions.

What to Expect as the 2020 Election Continues

Based upon Biden’s history with gaffes and tendencies to misspeak, stammer, and become confused, Americans shouldn’t expect this to magically disappear as the election goes on.

On day one, I’ll send a bill to Congress creating a clear roadmap to citizenship for Dreamers and the 11 million undocumented people already strengthening our nation. It’s long overdue. pic.twitter.com/ajO7uUb9po

Biden’s tendency to make one gaffe after the other is the underlying reason why some Democrats have pushed for him to skip the three, planned debates against the president.

Now, Biden’s campaign has confirmed that he will, in fact, debate Trump; however, Trump’s re-election team wants the commitment that Biden will debate in person, rather than attempting to do so via online means.

What do you think about the consistent and ongoing gaffes that Joe Biden has made throughout the 2020 presidential election? Let us know in the comments section below!