Prior to COVID-19 shutdowns across the nation, both President Trump and Joe Biden campaigned in person, per the traditions of presidential elections.

During the several months where most of the nation remained on lockdown, both Trump and Biden employed more virtual means of reaching their supporters. Now, with many lifted restrictions, the president has resumed traveling across the nation, meeting with supporters in person, and truly connecting with the public. 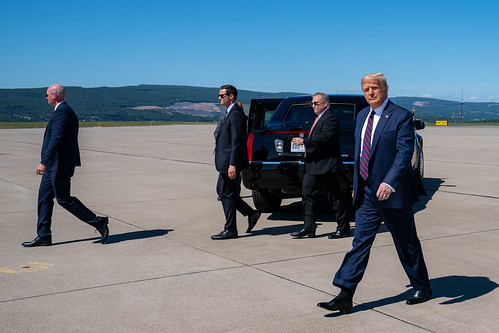 The same cannot be said for Joe Biden. As a matter of fact, an aide for Biden’s 2020 presidential campaign has stated that he may actually refrain from in-person campaigning altogether, confirms Breitbart News.

What to Know About the Future of the Biden 2020 Campaign

Per reports from the Biden campaign, neither the former vice president nor Kamala Harris are guaranteed to participate in “traditional campaign [rallies].” As this news broke, so did reports of Biden’s “new confidence” that he can connect with voters from his basement and via virtual campaigning.

Together, we can and will rebuild our economy. And when we do, we'll not only build it back — we'll build it back better. pic.twitter.com/ieky2t09KE

On top of this latest news, Biden will not be using a campaign plane for air travel, another tradition associated with presidential candidates. In fact, aides of the former vice president confirmed that he has not traveled via air for quite some time; apparently, Biden sees no need to get out and about amongst the public.

America’s update regarding the future of Biden’s 2020 campaign arrives roughly 24 hours after he accepted the presidential nomination from the Democrat Party.

Why Won’t Biden Campaign in Person?

Standing on a podium and giving a speech while no one interrupts is very different from answering tough questions. Campaigning from one’s basement also doesn’t compare to getting out and about, among the American people.

I have always believed you can define America in one word: Possibilities.

In America, everyone should be given the opportunity to go as far as their dreams and God-given ability will take them.

Furthermore, political pundits are speculating that Biden’s hidden approach to the 2020 presidential election will ultimately work against him. News that the former vice president may never host any in-person campaign events comes after Democrats’ calls for him to renege on debating Trump.

What do you think about the possibility that Biden may never campaign in person? How do you think this decision will impact his chances of winning the 2020 presidential election? Be sure to let us know down below in the comments section.