Within the past couple of weeks, some interesting shifts have taken place.

For starters, President Trump is gradually decreasing the poll gaps between himself and 2020 rival Joe Biden. Likewise, the president’s re-election team continues to hit Biden for his response to the various riots happening across the nation. 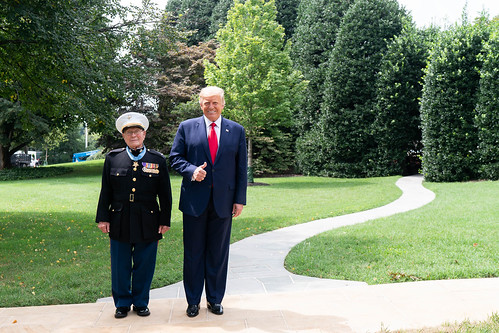 Even left-wing activists are sounding the alarm about the 2020 presidential election. Just last month, Hollywood figure Michael Moore warned that President Trump’s base is much more enthusiastic about him than Biden’s base. Moore even warned of the possibility that Trump could “outsmart” the Democrats and go on to win a second term in office.

Over the weekend, Biden’s campaign warned that the Biden-Harris ticket may lose the election, according to Washington Examiner.

On Sunday, Kamala Harris, Biden’s vice-presidential running mate, interviewed with CNN. During this interview, Harris spoke with CNN’s Dana Bash and conversed about a series of issues relating to the 2020 presidential election.

At interesting point arrived in the interview when Harris began to talk about “foreign interference.” The Democrat running mate stated that this factor is “at play” and then baselessly accused President Trump of attempting to persuade Americans not to vote.

Critics have asserted that such an interview is merely a way for Biden and Harris to save face, upon failing to block President Trump from a second term.

The Trump Campaign and 2020

While Biden’s team puts out various theories to justify a potential loss, President Trump’s re-election campaign is focused on winning.

The Trump 2020 team has repeatedly slammed Biden and Harris for their policies, responses to riots across the nation, and more. Furthermore, Trump and his allies remain confident in winning a second term in office; they also don’t have to find excuses for the president not to debate Joe Biden.

Of course, the former vice president’s political team cannot say the same. As a matter of fact, top figures within the Democrat Party are urging Biden to steer clear of his promised debates against Trump.

Do you think Joe Biden and Kamala Harris know they’re going to lose the 2020 presidential election? Be sure to let us know down below in the comments section.