For quite some time now, Joe Biden’s 2020 presidential campaign has worked to create a facade of crossover appeal.

For months now, the narrative that the former vice president is a moderate candidate has circulated across political conversations; however, a closer look at Biden and his policy plans shows anything but moderatism.

As a matter of fact, some of the most radical and progressive Democrats, such as Alexandria Ocasio-Cortez, Bernie Sanders, and Elizabeth Warren, are determining Biden’s policies. 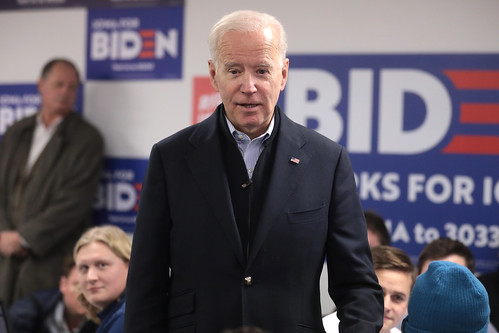 The facade of Biden’s supposed crossover appeal also happens to assert that the former vice president is winning over droves of Republicans; this, too, is simply not accurate.

At best, Biden has landed support from a very small minority of Republicans who oppose President Trump. In fact, new reports from Breitbart News confirm that former Ohio Governor and anti-Trumper John Kasich is set to endorse Biden next month.

What to Know About Kasich’s Support for Biden

In 2016, John Kasich launched an extremely unsuccessful campaign to become the next president of the United States. Kasich polled very low and clashed with Trump during the few times that he appeared on the debate stage with the then-future president.

Since President Trump’s time in office, Kasich has repeatedly criticized him. During Democrats’ attempt to impeach Trump, the former Ohio governor also supported the left rather than the president.

.@realDonaldTrump was elected because many Americans wanted to shake up DC.

But what we're seeing now with poor leadership on the coronavirus and stirring racial tensions, dividing us – this is not what ppl signed up for and I think that's what you're seeing in poll numbers. pic.twitter.com/D2terNmvj1

Now, Kasich is set to give an endorsement speech for Joe Biden during next month’s Democratic National Convention. Kasich joins The Lincoln Project and the other rare anti-Trump conservatives who have chosen to rally behind Joe Biden’s candidacy during the 2020 presidential election.

Where Do Most Conservatives Stand?

Many mainstream media outlets have made a point of highlighting Kasich’s impending endorsement of Joe Biden. However, similarly to small, anti-Trump groups on the right, Kasich’s stance in this year’s election does not represent the vast majority of Republicans and conservatives.

At this time, President Trump continues to maintain a GOP approval rating surpassing 90%. The president has also enjoyed endorsements from the National Rifle Association, police groups, and other prominent right-wingers.

We are United in our effort to defeat the Invisible China Virus, and many people say that it is Patriotic to wear a face mask when you can’t socially distance. There is nobody more Patriotic than me, your favorite President! pic.twitter.com/iQOd1whktN

Despite what the mainstream media or Biden’s campaign team may assert, Republicans are not abandoning the president in droves. In fact, conservatives remain highly critical of Biden’s policies and apparent cognitive declines.

What do you think of John Kasich’s decision to endorse Joe Biden at the Democratic National Convention? Let us know down below in the comments section below!