In today’s world, many people in all different positions use Twitter to communicate various messages. These messages can deal with personal life updates, policy changes, political activism, and more.

Needless to say, when the Twitter accounts of influential and often trusted persons are compromised, this can cause very real problems. This is a situation that many Twitter accounts are dealing with in an apparently new Bitcoin scam. 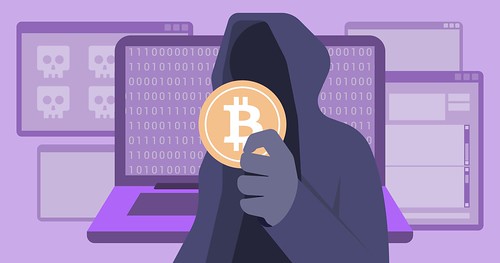 Reports from Breitbart News confirm that many accounts from Elon Musk to Kanye West and others were hacked. In this breach, hackers posted a Bitcoin scam code to enrich themselves at the expense of others.

What to Know About the Latest Bitcoin Hacking Scam

Obama, Joe Biden, PM of Israel and others also #hacked to tweet the bitcoin scam. pic.twitter.com/Nw8eE2E4lF

In the tweets, hackers pretending to be the page owners of those listed above claimed to be “giving back to the community.” After acknowledging the economic plights of COVID-19, hackers then posted a Bitcoin link for individuals to send money to; of course, this link came with a promise for the displayed account holders to double the amount of garnered funds.

Needless to say, it didn’t take long for many people to put two and two together, realizing that the posts seen above did not actually come from the account holders.

Sadly, the Bitcoin hackers largely succeeded in their goal to scam individuals out of their money. The wallet links reportedly garnered up to $110,000 before enough people caught on.

We are aware of a security incident impacting accounts on Twitter. We are investigating and taking steps to fix it. We will update everyone shortly.

In the wake of top Twitter users’ accounts facing such comprises, many people are curious about the social media site’s actions. Yesterday afternoon, the Twitter support team issued a statement; in this statement, Twitter noted its awareness of a “security incident.” They then confirmed the presence of an investigation and subsequent steps towards a solution.

In follow-up tweets, the social media platform alerted users that a “coordinated social engineering attack” occurred against Twitter’s internal tools and systems. Twitter then confirmed that they locked impacted accounts before erasing the fradulent tweets.

At this time, there is no word on whether individuals who fell for the scam will get back their money.

What do you think about the massive Bitcoin scam on Twitter? Let us know down below in the comments section!