The rise of crime in Chicago, Illinois along with the actions of the city’s mayor continues to make headlines. To date, shootings and killings remain on the rise, despite the significant levels of Chicago’s gun control.

Amid crime increases, Chicago Mayor Lori Lightfoot has begrudgingly allowed the federal government to intervene. This occurred after Lightfoot once swore against having federal troops in the city; although, a phone call with President Trump seemed to change her mind, albeit only slightly. 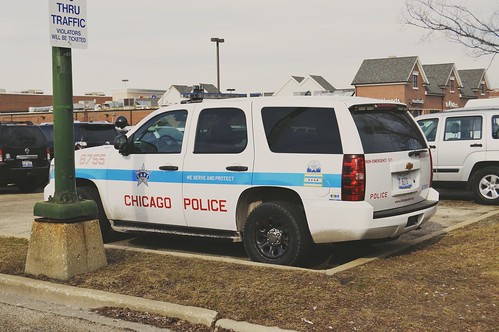 To say that Chicago residents aren’t pleased would be a vast understatement. As a matter of fact, Mayor Lightfoot is now facing pressure to defund the local police, according to Fox News.

A Closer Look at Calls to Defund Chicago Police

Yesterday evening, protesters gathered outside of the Chicago mayor’s home, demanding the defunding of the city’s police department. Video footage showed absolutely no social distancing during this gathering; furthermore, many of the demonstrators also declined to wear face masks.

We're not going to allow the unconstitutional, state-sanctioned lawlessness we saw brought to Portland here in Chicago. pic.twitter.com/kocFRZyDYv

In addition to urging for the defunding of the Chicago Police Department, protesters also praised Lightfoot’s decision to ax a Christopher Columbus statue in Grant Park. Lightfoot’s decision reportedly arrives as a means to avoid future conflicts between demonstrators and law enforcement in Chicago.

At this time, the mayor has not indicated that she has any plans to defund the Chicago police; however, this could change. Mayors in Los Angeles, New York City, and other localities have affirmed their willingness to yank funding from police departments, following demands from the mob.

The Irony of Calls to Defund the Police

Many Americans have bristled at the notion of defunding the police in Chicago. As a city suffering from notable and habitual crime surges, many people believe that more police presence, not less, is necessary.

Effective tomorrow, travelers from Kansas entering or returning to Chicago should quarantine for a period of 14 days along with those from the 17 others states already on the list. More info → https://t.co/R3wXtHa78G. pic.twitter.com/Vmf4bve2DN

Calls to defund the police are not going away anytime soon. However, they continue to appear in cities and communities where law enforcement is most necessary. Despite this, Democrat leaders from mayors to even elected congressmembers continue to promote the idea of defunding police.

In doing so, the left is asking Americans to “re-imagine” a country without police or with a version of significantly-weakened and watered down police. To many folks across the nation, this is not a utopian future, but is instead a dystopian nightmare.

Do you think the Chicago mayor will wind up defunding the local police? Let us know your thoughts down below in the comments section.