COVID-19 Relief Aid Talks on Hold Until After Election

For several months now, Republicans and Democrats have battled one another on what the content of COVID-19 relief packages should entail. Some members of the GOP sounded the alarm on excessive government spending while also citing a need for natural economic stimulation via labor. 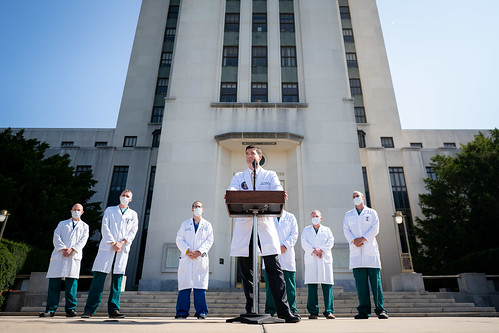 Nonetheless, in the case of Republicans who do favor coronavirus relief aid, reaching common ground with Democrats in Washington continues to be a struggle. Speaker of the House Nancy Pelosi has maintained in very clear terms that congressional Democrats are deadset on their way or no way.

Republicans, on the other hand, have consistently tried to compromise with Democrats across the aisle; although on Tuesday, things changed.

Breitbart News documents that any and all negotiations on COVID-19 relief aid are postponed until after the 2020 election, per orders from President Trump.

A Closer Look at the Future of Coronavirus Relief Aid

Critics of President Trump have already descended upon his decision to terminate coronavirus package talks until after November 3. However, what the people who hate the president won’t mention is Democrats’ refusal to meet their Republican colleagues in the middle.

On Tuesday, President Trump explained that Democrats are seeking nearly $2.5 trillion dollars to bail out blue states which devastated their own economies. Meanwhile, as Democrats in Washington make this demand, they are also rejecting the GOP’s offer of a package containing $1.6 trillion dollars in aid for the American people.

…request, and looking to the future of our Country. I have instructed my representatives to stop negotiating until after the election when, immediately after I win, we will pass a major Stimulus Bill that focuses on hardworking Americans and Small Business. I have asked…

Trump furthermore explained that following his re-election, he and his representatives will see to it that a stimulus bill is passed to aid U.S. workers and small businesses. The president then revealed that America currently leads the globe in economic resurgence, with the best still ahead of us.

The Election’s Role in the Economy

The 2020 presidential election’s outcome will play a significant role in what the nation’s economy looks like one year from now.

Biden, in no ambiguous terms, has already explained what he’ll do if he gets into the White House. Repealing the president’s tax cuts, shutting down the country’s economy, and forcing Americans to wear face coverings are at the top of the “Harris-Biden administration’s” agenda.

…also coming back in record numbers. We are leading the World in Economic Recovery, and THE BEST IS YET TO COME!

Meanwhile, President Trump remains focused on the continued return of the greatest economy in the world. This means reopening; the creation of jobs and reduction of regulations also plays a massive role. Coronavirus aid, by itself, cannot sustain the economy or American citizens.

Are you looking forward to President Trump passing a stimulus bill designed to help American workers and small businesses? Let us know what you think about the president’s call in the comments section below!