For quite some time now, the Democrat Party has made a habit of calling people racists. When the GOP opposes the fiscal policies from the left, Democrats claim that “systemic racism” is being perpetuated. When Republicans challenge the notion that skin color makes someone inherently “privileged” or “oppressed,” the left screams racism. 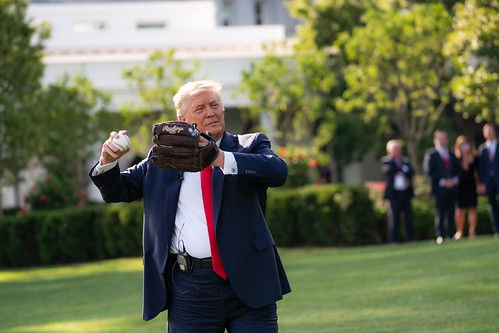 As of late, many Republicans and conservatives have started pushing back against these baseless claims of racism. In fact, some are even encouraging the Democrat Party to reconsider and renounce its own racist, troublesome roots.

This is why Texas Rep. Louie Gohmert is calling for Democrats to either change the name of their political party or be banned from Congress altogether, confirms Townhall.

A Closer Look at the Texas Representative’s Proposed Resolution

Under the resolution submitted by Gohmert, any political party or groups with links to slavery or the Confederacy would be subject to a ban. Of course, this strictly puts the Democrat Party under the microscope.

.@replouiegohmert introduced a resolution to ban the Democratic Party for their ties to the Confederacy.

After all, Democrats supported not only slavery and the Confederacy, but also Jim Crow, segregation, and other things along these lines. As the left calls to rip down statues and monuments that they deem as even remotely offensive or linked to racism, the Texas GOP representative is merely asking for Democrats to be consistent.
In light of these historically-proven facts, Rep. Gohmert is pushing for the Democrat Party to change its name. Ideally, a name change would include a title free from links to the Ku Klux Klan, discrimination, and Jim Crow era.
Democrats, of course, have not eagerly jumped on board to make this name change. However, left-wing activists remain unceasingly committed to ripping down historic and iconic monuments.

Learning from Our Nation’s History

Amid the crusade to remove our certain statues and monuments, some Americans are pointing out the significance of our nation’s history. Conversations of this nature entail the idea that Americans should learn from the history of our country, even when that history isn’t pleasant, rather than simply erase it.

The time has come for Democrats to acknowledge their party’s loathsome and bigoted past, and consider changing their party name to something that isn’t so blatantly and offensively tied to slavery, Jim Crow, discrimination, and the KKK. #CancelDemocrats

Republicans have also taken legislative and executive measures to block the destruction of monuments, statues, and memorials. Meanwhile, Democrats are largely backing demonstrators who choose to rip down statutes whenever they feel like doing so.

Do you believe the Democrat Party should change its name? Let us know what you think in the comments section down below.