For quite some time now, conservatives have criticized the Democrat Party for what the former views as radical policies.

Some examples of this include the Democrats’ love for socialist reforms like Medicare-for-All, reparations, a Green New Deal, open borders, and more. Democrats, on the other hand, continue to defend these proposals, claiming that they are for the betterment of the nation. 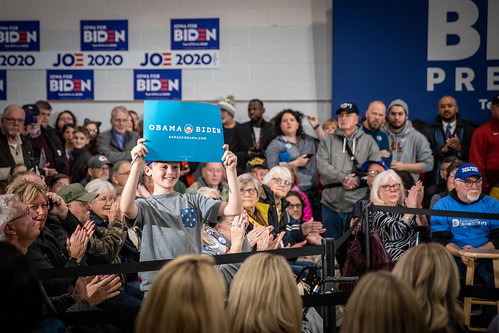 New developments from Breitbart News inform that left-wingers are now taking steps to look at reparations for black Americans.

Those who favor reparations claim that blacks are owed money due to the prior existence of slavery; this comes in spite of slavery ending over 200 years ago without a single person alive today being a slave or slave owner.

How Are Democrats Trying to Legitimize Racial Reparations?

Via a “unity task force,” the Democrat Party is looking at observing the aftereffects of the Jim Crow era and slavery. The endgame of this observation is to ultimately put together a plan for reparations to black Americans.

In legislation being dubbed as Commission to Study and Develop Reparation Proposals for African-Americans, Democrats bemoan an alleged plight of “communities of color.” The specifics of this plight are listed as “over-policing,” “ongoing injustices,” etc.

Therefore, Democrats are branding reparations as the solution to the problems they allege to be present in the black community.

Protesting is a tactic that Americans have regularly used to fight for justice. How dare @POTUS call #BlackLivesMatter a symbol of hate — when Nazis in Charlottesville marched he said there were good people on both sides! 2/3

At this time, Democrats in favor of reparations are also claiming that black Americans face “systemic” problems that prevent them from achieving success. This type of narrative often leads to additional, divisive talking points like “white privilege.”

Pushback Against Calls for Reparations

Yes! BLM! Defund police! Reparations! As a civil society, you soccer moms who think President Trump is “mean”, how much of this are you going to take? Imagine this being your son. Who do you trust to end it? Sloppy Joe or Trump? #Trump2020Landslide https://t.co/uQTFBfqkcc

Additionally, there are questions about the logistics of reparations. Critics have questioned how Democrats plan on determining which black people would be given reparations. The process of tracking the lineage of whose ancestors were slaves and whose were not also doesn’t seem feasible to many Americans.

What do you think about the idea of reparations in the United States? Also, do you believe Democrats should move forward with this agenda? Let us know in the comments section below!