Portland, Chicago, Seattle, and other cities throughout the nation continue to struggle with acts of violence.

As businesses face looting, as buildings are set on fire and as violent demonstrators riot, Democrat mayors and governors are declining to bring this to a halt; although, leftist leaders have no issues with seeking bailout funding from the federal government. 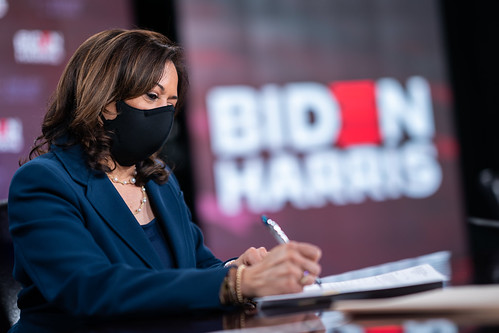 Republicans have largely criticized Democrats who adopted a lackadaisical, permissive disposition towards the aforementioned acts of social violence. Moreover, Democrat leaders will not censure riots, looting, and arson; yet, they remain extremely and openly against the federal government sending in troops to bring this violence to a halt.

Over the weekend, Democrats officially dropped any and all pretense of opposition to violence. In fact, facts of looting, arson, and destruction received an outright endorsement from a sitting Democrat in the House of Representatives, confirms Breitbart News.

Why Democrats Are Now Endorsing Violence Across U.S. Cities

Apparently, “unrest in the streets” is not viewed as a negative or dangerous occurrence by Democrats. In fact, this is something that the left remains openly supportive of. House Rep. Ayanna Pressley (D) admitted as much while interviewing with MSNBC this past weekend.

The sitting congresswoman went after President Trump, his administration, and conservatives before openly calling for “unrest in the streets.” Pressley additionally stated that such “unrest” should maintain throughout our nation so long as certain Americans face “unrest in [their] lives.”

.@AyannaPressley You know, there needs to be unrest in the streets for as long as there’s unrest in our lives 😳

Unrest: a state of dissatisfaction, disturbance, and agitation in a group of people, typically involving public demonstrations or disorder. pic.twitter.com/Qp2V5V0cVn

The “unrest” that Pressley openly endorses has led to the destruction of businesses, loss of income, rampaged communities, and innocent lives placed in peril. However, the congresswoman didn’t address any of that during her interview.

Instead, Pressley made a point of going after the Trump administration, stating that that president’s supposed corruption is “on the ballot.”

The left’s open endorsement of “unrest in the streets” only marks yet another contrast between Democrats and Republicans.

Unlike Rep. Pressley, GOP leaders have noted that while peaceful protest is shielded by the U.S. Constitution, violence, destruction, and riots are not. Republicans also remain critical of leftist mayors and governors who continue to allow these crimes to happen in their communities.

Postmaster General DeJoy is corrupt and must resign. pic.twitter.com/ZIme8WOWkb

Thus far, no Democrats have come out to oppose Pressley’s open endorsement of crime and violence across American cities.

What do you think of the sitting Democrat congresswoman’s support for “unrest in the streets?” Is such a call-to-action dangerous in light of the ongoing riots happening in the nation? Let us know your thoughts in the comments section below!