Time and time again, Americans endure Democrats’ claims about loving and supporting women. The Democrat Party consistently claims that protecting, uplifting, and empowering women is what they’re all about; yet, the reality states otherwise.

Towards the end of last month, former Biden staffer and current freelance writer Tara Reade came forward with troubling accusations against the former vice president. Reade maintained that when she worked for Biden in 1993, he forced himself on her and raped her.

Is CNN going to ask Biden about his former staffer — Tara Reade — accusing him of sexual assault?

"According to Reade, he began kissing her without her permission, pushed her against a wall, reached under her skirt, and penetrated her with his fingers" https://t.co/fk0ypQbxs2 https://t.co/jUiLcGhftN

Now, while the Biden 2020 campaign has denied these allegations, Democrats remain notably silent about them, as documented by Townhall. The ignorance of Reade’s accusations is the most shining example of why the left should never claim to be allies of women ever again.

The Deafening Silence from the Left

Since Reade’s accusations broke, top Democrats have done all they can to steer clear. While some Bernie supporters and others have acknowledged the claims of Biden’s former Senate staffer, the same cannot be said for so-called champions of women like Kamala Harris, Elizabeth Warren, and others.

Joe Biden denies sexually assaulting fmr staffer Tara Reade in 1993. His credibility is on the table.

Biden has lied on and off for years about having been part of the Civil Rights Movement. A few weeks ago, he lied about getting arrested in South Africa trying to see Mandela.

Interestingly enough, Reade alleges that she reached out to both Harris and Warren with her allegations against Biden. The writer maintains that neither Democrat provided a real response. Furthermore, Time’s Up, a non-profit organization designed to help sexual assault victims, informed Reade that Biden’s standing as a presidential candidate would hurt their non-profit status if they tried to assist her.

The Party of Women?

Democrats are the party of women when it’s politically convenient for them. They claim to love and support women when doing so will increase their amount of voters and get them into office. Democrats have absolutely no regard for women who disagree with them or women who allege to be victims of left-wing men, Democrat men, or so-called progressive men. 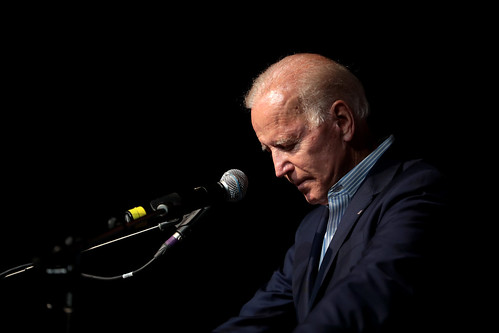 If Democrats were truly in favor of women as they claimed, their top leaders would be all over the claims of Tara Reade.

What do you think about the Democrat Party’s treatment of women? Should they believe Tara Reade’s sexual assault allegations against Joe Biden? Let us know in the comments section below!