Friday’s passing of Supreme Court Justice Ruth Bader Ginsburg has ignited political tensions like never before. While Republicans and Democrats alike heralded Ginsberg’s legacy and service to the nation, her unfilled seat now leaves the Supreme Court at 4-4.

Yet again, Republicans and Democrats remain at odds about the next step forward. Many, if not most, conservatives have come out and stated that President Trump should quickly move to fill Ginsberg’s seat with a conservative justice. 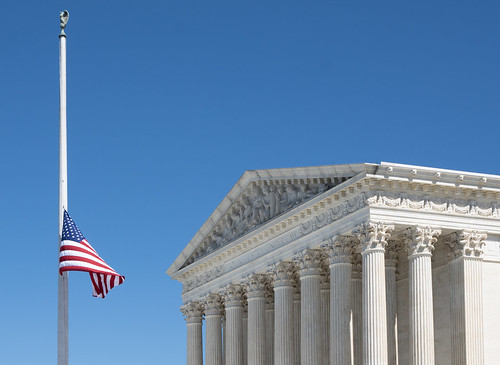 Democrats, on the other hand, believe that the late justice’s seat should remain unoccupied until the next president arrives. Certain top leftists are even flirting with the notion of expanding the current number of seats on the Supreme Court.

President Trump and Senate Majority Leader Mitch McConnell have both indicated that they plan to move forward with plans to fill Gunsberg’s seat before the 2020 presidential election.

This has now led to Democrats threatening to burn down Congress and even execute the GOP Senate Majority Leader if Ginsberg’s seat is appointed before a new president arrives, documents The Blaze.

Since the passing of Ginsberg, Democrats have quickly spun the narrative that all is lost if President Trump puts a conservative in the late justice’s seat.

In spinning this tale, the left is now determined that they will be the ones to ensure that Ginsberg’s seat remains unoccupied. By various Democrats’ own admission, this means burning down the U.S. Congress. Certain tweets also include expressed desires to murder Senate Majority Leader Mitch McConnell.

.@LEBassett also thought threatening riots would be a super effective way of getting her way.https://t.co/BO2eRmChkK pic.twitter.com/r23W3NyF7X

Various tweets from verified, blue-checkmark individuals contain explicit threats to “burn it all down” and “riot” if the president doesn’t cater to Democrats’ demands to keep the Supreme Court at its current 4-4 position.

As various Democrats threaten to “shut this country down” and “burn it to the ground” if they don’t get their way, other Americans are weighing in.

Some have stated that leftist threats to set Congress on fire and kill congressional Republicans actually dishonor the memory and legacy of Ruth Bader Ginsburg. Meanwhile, other Americans believe that threats to burn down Congress and execute elected officials count as sedition and should face the appropriate charges.

It’s important for us to be aware that this is where many Democrats are mentally now. Remember this going forward. pic.twitter.com/C6u2pXgayb

Thus far, there is no word on whether federal officials plan to take legal action against folks who have threatened Congress or the Senate Majority Leader. These threats also arrive amid speculations of leftist street violence following Joe Biden’s loss of the 2020 presidential election.

President Trump previously suggested that he has the power to order the military in to stop riots that may break out on November 3.

What do you think about calls to burn down Congress? How do you perceive threats to murder the Senate Majority Leader? Do these calls and threats count as acts of sedition? Be sure to let us know what you think down below in the comments section.