Coronavirus continues to have some unforeseen impacts on the 2020 presidential election. As primaries, campaign rallies, and other political events are put on hold, Americans are getting to look at certain presidential candidates in a different light.

This largely pertains to the remaining Democrat candidates in Joe Biden and Bernie Sanders. COVID-19’s presence impacted each of their campaigns in some interesting ways. Since the spread of the virus, Biden has largely chosen to stay home and participate in live video streams and interviews from his Delaware home. 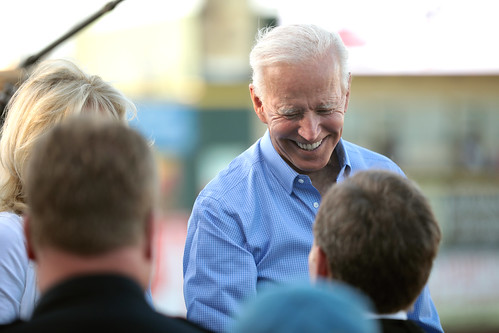 On the other hand, coronavirus has given Sanders some stay-in power for this election; despite being hundreds of delegates behind Biden, the Vermont socialist is able to use the virus as a talking point to draw out his campaign’s longevity.

However, coronavirus has seemingly magnified Biden’s ineptitude and it’s not just conservatives who see this. Fox News reports that even Democrats are beginning to turn on Biden has they realize he doesn’t have a snowball’s chance against Trump in a general election.

How the Left Dug their Own Grave

By continuously propping up Biden, dismissing other candidates, and cutting deals behind the scenes, Democrats effectively dug their own grave for the 2020 election. See, the left told themselves that Biden was the “most electable” candidate, but in fact, Biden is the least mentally sound candidate.

I just wrapped up tonight’s CNN town hall, where we discussed COVID-19 and how we move forward. I know times are tough, but the stakes in this election have never been higher. If you could chip in a few dollars I would really appreciate it. https://t.co/1PoT5yD9CO

Saikat Chakrabarti, a previous chief-of-staff to House Rep. Alexandria Ocasio-Cortez branded Biden as “irrelevant” not too long ago. Chakrabarti also admitted that while Democrats require “action,” Biden isn’t really capable of such at this time. This assessment comes as the former vice president faces a sexual assault allegation from ex-staffer Tara Reade amongst other missteps.

Interestingly enough, AOC’s former chief-of-staff has stated that President Trump is “the only one going up every day” and reaching the American public.

The Fall of Biden

As Biden’s own party deems him irrelevant, he still has his own issues to deal with. Putting his rudeness to voters and verbal errors aside, the former vice president has yet to adequately address the rape allegation from Tara Reade. Reade maintains that Biden forced her against a wall and penetrated her with his fingers while she worked as his Senate staffer in 1993.

Anyone who has listened to the full hour interview with Tara Reade (instead of pretending it doesn't exist) knows @JoeBiden is done. The only question is if it will destroy him now or Dems can keep him afloat until it destroys him in the general election. https://t.co/VTddNIAjgA

Despite denying the allegation via his campaign on Friday, Biden hasn’t addressed the shift in his sentiment that women who cite experiences with sexual assault should be believed. It appears that Biden only harbors this view when Republicans or someone other than himself is being accused of sex crimes.

Do you think Joe Biden is losing relevance in the 2020 presidential election? How long do you believe COVID-19 will continue impacting the current election? Let us know in the comments section below!