Since the beginning of President Trump’s time in office, Democrats have launched one investigation after the other. Leftist leaders first professed that the president did not truly win the 2016 election; the narrative behind this claim stated that Trump, in fact, colluded with the Russian government. 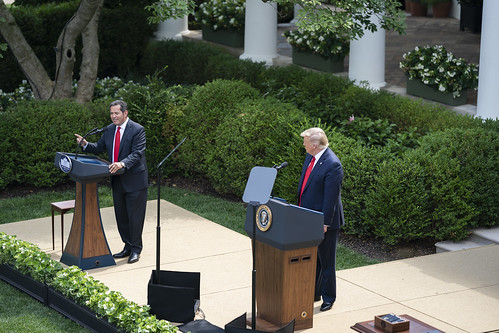 After more than one year of investigations, the crusade to de-legitimize Trump’s presidency resulted in a resounding failure. Not long after the Russia investigation came claims that Trump sought a quid-pro-quo from the Ukraine president. Democrats would later try to ram a weak, thin impeachment through Congress, only for Senate Republicans to rapidly shut it down.

In light of multiple failed attempts to take down President Trump, one might think that Democrats would call it quits. Although, this is not the case.

As a matter of fact, leftists in power are committed to proceeding with additional Trump investigations, even after his presidency, confirms Breitbart News.

A Closer Look at Democrats’ Plans for More Trump Investigations

During a virtual interview with Crooked Media, California Rep. Adam Schiff (D) confirmed that Democrats have no plans to let up on investigating Trump. Despite countless fruitless investigations, the left remains committed to the belief that Trump did something wrong.

Schiff stated that following the election, Democrats still have a duty to “continue to expose what [Trump] did.” The representative then accused the Trump administration of “stonewalling” Democrats’ attempts to conduct their various probes and investigations against the president.

In Helsinki, Trump took Putin’s word over our own intelligence agencies because of Putin’s “strong” denial.

Now, the Kremlin is once again denying reports Russia offered a bounty to kill Americans in Afghanistan.

If these reports are true, will Trump side with Putin, yet again? pic.twitter.com/B3nXriCQ7p

At this point, the focal point of Democrats’ interest deals with the president’s finances. Schiff confirmed that he and his colleagues intend to “pursue them now” and determine if Trump has any financial connections to the Russian government.

Finally, Schiff stated that Democrats want to learn if Trump is “compromised.” This came shortly before the California representative confirmed that even if Democrats fail to obtain litigation in 2020, they will “continue until [they] do.”

The president and his allies have accused Democrats of wasting time, taxpayer dollars, and additional resources on investigations into Trump.

Schiff’s admission that Democrats will continue probing Trump for alleged wrongdoings even when he no longer president only furthers beliefs behind the aforementioned accusations.

Anyone in the White House who is trying to cut funding for states to do testing and tracing,

Or wants to cut funding for the CDC,

May not need help getting tested themselves (they get all personal tests they want),

But they should have their heads examined. https://t.co/g4iLmqtqgO

Some Americans have dubbed Democrats’ visceral opposition to the president as Trump Derangement Syndrome; others maintain that the left ultimately remains sour about the outcome of the 2016 presidential election.

What do you think about Adam Schiff’s statements? Let us know down below in the comments section.