There is an intersection between the face mask debate and concerns about the nation’s economy.

In various areas across the nation, certain states and cities are rolling back their plans to reopen. This comes amid new reports of coronavirus; as such, face masks are being branded as tools to keep the economy open and allow businesses to remain in operations. 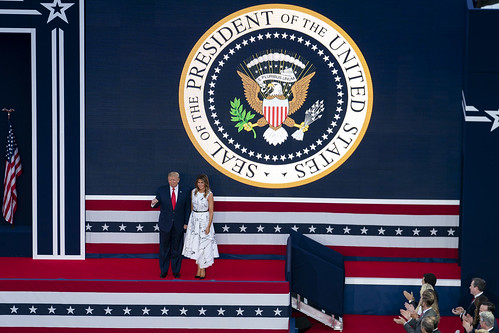 Democrats are largely leading the charge for face masks — and subsequent mandates — however, some Republicans have eagerly jumped on board. This has taken place in the form of not only mandating face coverings, but also promoting them on social media while urging Americans to “wear a mask.”

The Latest Chapter in the Face Mask and Economic Debates

Despite certain steps in the right direction, the nation’s economy is far from where it was pre-coronavirus. Many Americans still remain out of work with stimulus checks having minimal impacts. Reports of certain businesses permanently closing their doors or closing hundreds of physical locations also doesn’t help the situation.

Talk about another round of stimulus payments has come up; however, many Republicans warn that the money for such payments simply is not available. This is why McConnell maintains that all Americans should “wear a mask.” The Kentucky Republican even claimed that masking is the “most important” step Americans can take.

We must have no stigma, none, about wearing masks when we leave our homes and come near other people. Wearing simple face coverings is not about protecting ourselves, it is about protecting everyone we encounter.

Additional rhetoric from McConnell warns that the economy has reached a crossroads. The Senate Majority Leader stated yesterday that another shutdown will not happen because the federal government lacks the funding to “prop up the economy indefinitely.”

Several states across the nation — including Michigan, Texas, and others — are pausing their reopening plans due to reported new surges in coronavirus. Some places have returned back to shutdown mode altogether, a move that will definitely impact sectors of the economy for quite some time to come.

We can’t get our country back to normal unless we have kids in school. That’s what a future COVID relief would focus on, along with jobs, healthcare, and liability protections. pic.twitter.com/IuFy09vDuE

Despite the rhetoric from the Senate Majority Leader, many Americans are declining to wear face masks. Even in areas where face mask mandates exist, people are gathering in protest against said mandates, serving lawsuits, and otherwise not complying.

Do you think wearing a face mask is vital to preserving our nation’s economic health? Share your thoughts with us down below in the comments section.