Failed Leadership in New York Comes Up During Final Debate

During last night’s final presidential debate, President Trump and Joe Biden went at it. Much more than one time, Biden became flushed, stammered, and seemed frustrated with the president. Trump, by contrast, remained cool, calm, and collected, pointing out flaws with Biden while fending off attacks. 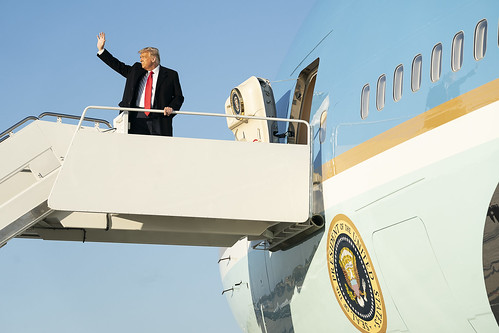 During last night’s 90-minute segment, talks about leadership in America came up. Naturally, the situations that many states are facing amid shutdowns were a factor.

New York, for instance, has been turned upside down by poor leadership and endless lockdowns; this is something that President Trump drew attention towards on Thursday night, reports Breitbart News.

The Plight of New Yorkers

While debating in Tennessee, the president referred to New York as a “ghost town.”

To back up this claim, Trump talked about the many people who are fleeing the city. You can thank New York’s Democrat Governor Andrew Cuomo for that; like other leftist leaders, Cuomo decided that increasing taxes on state residents would be a good idea. Therefore, many folks who can afford to leave the area have already done so, fleeing to places like Florida.

President @realDonaldTrump on Democrat lockdowns: We can't close up our nation, or we're not going to have a nation#Debates2020 pic.twitter.com/uubyrwRnX9

While on stage, Trump lectured Biden, reminding the Democrat candidate for president of New York’s former vibrance. Trump then explained that the Empire State is now “dying” from a combination of closing businesses and individuals who refuse to remain in the area.

Finally, before moving on to another segment, President Trump stated that the lockdowns cannot continue to happen as families suffer and as Americans lose everything. In addition to noting the importance of reopening, the incumbent president also stated that the nation must protect seniors from coronavirus.

A Contrast in Leadership Styles

Thursday night’s final debate truly put a spotlight on the extent to which Trump and Biden differ leadership-wise. While on the debate stage, the president remained adamant that keeping the nation shut down is not something that can happen.

President @realDonaldTrump: We can’t lock ourselves in the basement like Joe Biden does#Debates2020 pic.twitter.com/jlsUFJhSvV

Trump also reiterated that the cure cannot be worse than the problem itself; this is something that Biden has never admitted. The former vice president also did not explicitly commit to not shutting down the country again, should he somehow ascend to the presidency.

Do you believe Democrat leadership has crippled the state of New York? Who would you rather have leading America: Donald Trump or Joe Biden? Let us know in the comments section below!