Florida May Soon Have New “Anti-Mob” Laws in Place

In a free society, the ability of individuals to protect themselves from those who mean to do them harm is paramount.

2020 has placed a new spotlight on the importance of self-defense and defense of one’s private property. Over the past several months, left-wing militant mobs have ripped apart businesses and communities when they didn’t get their way; they’ve also attacked innocent bystanders in the streets and put the safety of police officers in harm’s way. 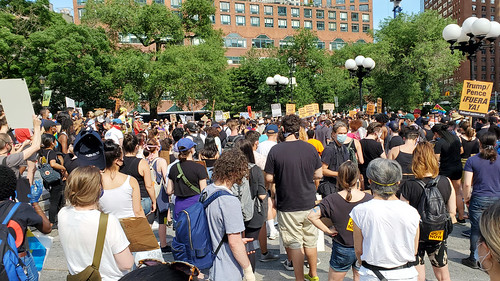 While the Democrat Party refers to these crimes as “peaceful protest,” Republicans are working to ensure that Americans aren’t sitting ducks. This explains why Florida GOP Governor Ron DeSantis is working on an expansion of the state’s Stand Your Ground law, per Breitbart News.

The Rise of “Anti-Mob” Laws

Over the course of this year, the American people have watched as mobs terrorized the nation. While multiple states do have Stand Your Ground laws, Florida seeks to take things one step further.

If the legislation submitted by the Florida governor succeeds, then individuals who opt to employ “interruption or impairment” to businesses would be subject to force from others. Likewise, DeSantis’ legislation also adds criminal penalties to “violent or disorderly assemblies” while obstructing traffic becomes a third-degree felony.

@GovRonDeSantis Thank you for the anti mob legislation. All states should follow suit. Nice work👮‍♀️👮‍♂️

The Florida governor has repeatedly shown that he values the safety and security of his residents. Earlier this year, DeSantis put forth a bill that would halt funding from communities that choose to defund law enforcement.

Bringing an End to Violent Unrest

Unlike Republicans, leaders within the Democrat Party have failed to take any real, meaningful action to halt riots and outbreaks of militant mobs. Simply “asking” these people to stop has already proven ineffective.

At this point, many Americans are confident that legislation, such as that proposed by the Florida governor, is the best avenue for prevention. It sends a message; it also lets far-left groups like Antifa and Black Lives Matter know that terrorizing communities will not stand.

.@FLCaseyDeSantis and I would like to wish a happy #VeteransDay to the 1.5 million veterans in Florida and the millions more across our nation. We will never be able to thank you enough for your selfless service in defense of our great freedoms. pic.twitter.com/CL7zGG6qXj

An end to violent unrest will not happen on its own. It requires action from leaders; part of that action must entail the legal ability for citizens to protect themselves and their private property from those who seek nothing more than anarchy, destruction, and ruination.

What do you think about the Florida governor’s work to expand Stand Your Ground laws? Should other states take a lead from DeSantis and bring forth similar proposals? Let us know down below in the comments section.