Many Americans have tired of seeing Antifa, Black Lives Matter, and other left-wing agitators take to the streets and cause chaos.

Democrats may have chosen to excuse this behavior and look the other way; however, Republicans aren’t standing for looting, arson, vandalism, or rioting any longer. Over the past several weeks, GOP leaders have gradually rolled out certain measures to crack down on the perpetrators of riots. 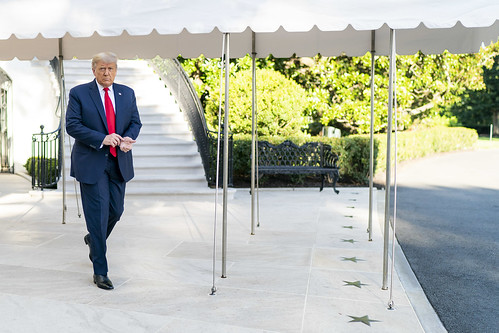 Information from Fox News confirms that Florida is the latest state to take action against riots and those who carry them out. Florida Governor Ron DeSantis (R) made an important announcement yesterday and officially put rioters on notice.

A Closer Look at Florida’s Moves to Stop Riots

The Florida governor formally put rioters and agitators on alert during a press conference on Monday. DeSantis explained that a “robust package” of laws is coming against people who have no issues with burning down and pillaging communities.

Per the Republican governor, individuals who choose to toss items at police officers will automatically be hit with half a year’s time in prison.

It doesn’t stop there, though. DeSantis also went on to warn that acts like tearing down monuments, obstructing highways, and harassing individuals will be counted as felonies. Tennessee, another red state, has also taken similar legislative action.

Today I announced bold legislation that creates new criminal offenses and increases penalties for those who target law enforcement and participate in violent or disorderly assemblies. We will always stand with our men and women in uniform who keep our communities safe. pic.twitter.com/ITl5GmmrZJ

In making this announcement, the Florida governor very clearly stated that the Sunshine State will not “go down the road” that certain American communities have gone. Futhermore, towards the end of DeSantis’ press conference, he professed that a “ton of bricks [will be] raining down” upon rioters.

As early as next week, the filing of DeSantis’ robust package will take place for the upcoming Florida legislative assembly.

Sadly, the Sunshine State is no stranger to the plethora of riots that have happened across the country.

Violent agitators have regularly turned police officers into targets by throwing objects at them and otherwise interferencing with the enforcement of law and order. Leftists in Florida also continue leading the charge to defund the police; however, DeSantis is having none of it.

Thank you to Florida’s first responders who are doing a great job responding to Hurricane #Sally. As I told @BillHemmer, flooding is likely to continue in NW FL over the next few days and Floridians in Gulf Coast counties must remain alert. pic.twitter.com/7F9hUmaPhQ

In the Florida governor’s “robust package,” cities that move to defund their police departments will face severe penalties.

What do you think about the announcement from the Florida governor? Do you also think the Sunshine State will manage to squash riots and violence from left-wing radicals? Let us know down below in the comments section.