Voter registration is so important, especially in this election cycle. During the 2016 presidential election, millions of Americans sat out on voting. Now, with little more than three weeks until November 3, Republicans and Democrats alike are working to get people registered to vote in this year’s election. 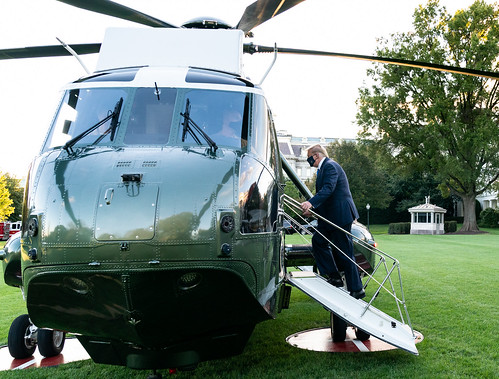 The Reality of Voter Registration in Florida

Put simply, the Republican governor maintains that people are seeking the Sunshine State for “greener pastures” in their lives. DeSantis’ assertion is backed up by the reality that many folks are fleeing liberal New York to become Florida residents; President Trump is just one of many examples.

.@FLCaseyDeSantis and I send our best wishes for a swift recovery to President @realDonaldTrump and @FLOTUS. Hope to see both of them back in Florida very soon.

While speaking with Levin, DeSantis also credited what Florida stands for as another reason why voter registration for Republicans is on the rise in the state. According to the Republican governor, the Sunshine State is about lower taxes and adopting “different approaches” that are favorable to folks seeking a change.

Florida is a significant battleground state in this year’s election. As such, the Trump campaign has visited the Sunshine State on several occasions with first daughter Ivanka Trump and Vice President Mike Pence arriving on behalf of the president.

Today, Trump himself will also visit Florida. In Sanford, the president will host a rally where he can freely speak with his base. Trump, in a new poll, is also leading Joe Biden by multiple points in Florida.

Today’s rally comes after Trump received medical documentation and clearance to affirm that he’s not a transmission risk for coronavirus. Likewise, a White House doctor has cleared Trump to take part in public engagements.

What do you think about Republican registered voters gradually outweighing their Democrats counterparts? Do you think President Trump will win Florida this year just as he did in the 2016 presidential election? Let us know your predictions in the comments section below!