Over the past several years, various media personalities have faced criticism for their manners of reporting.

Years ago, the mainstream media earned the title “fake news” due to its tendency to misreport information or leave out critical details. All of this began during the 2016 presidential election when then-candidate Trump ran for the White House against Hillary Clinton. Despite repeated reports and stories slanted in Clinton’s favor, Trump ultimately prevailed. 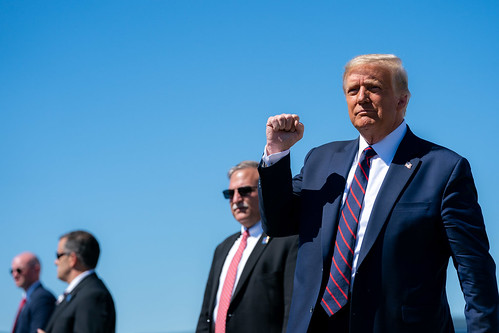 With the 2020 presidential election fully upon us, interviewers and reporters are still being assessed for their chosen manners of work. Now, Fox News host Chris Wallace is taking heat for his way of dealing with Trump allies vs. Biden allies, reports Washington Examiner.

What to Know About Criticism Towards Chris Wallace

Despite working for Fox News, Wallace has repeatedly made glowing comments about Joe Biden while criticizing President Trump.

Last week, the Fox News host professed that Biden’s Democratic National Convention speech “blew a hole” in the president; since making this remark, Wallace has not spoken about the fact that Biden’s speech is eerily similar to that of a late Canadian politician’s.

The 2020 presidential election also wouldn’t be the first time that Biden has faced accusations of stealing speeches from foreign leaders.

“Next we’ll turn to people of the Biden inner circle”, said by Chris Wallace of @FoxNews after unsuccessfully GRILLING Mark Meadows. Then all softball questions to a group of Biden lightweights, including Senator Chris Coons of Delaware.

Yesterday, President Trump called out Fox’s Wallace for what he views as bias. The commander-in-chief professed that Wallace gives Biden’s allies “softball questions” while intensely coming after pro-Trump individuals.

Trump also questioned why Wallace failed to ask Sen. Chris Coons (D) about Biden opposing Trump’s travel ban on China during the known inception of COVID-19. This is a ban that the former vice president first criticized, only to later admit that the president made the right call.

President Trump is far from the only conservative to criticize the actions and work of Chris Wallace. Conservatives and Trump supporters have slammed the Fox News host for failing to press Democrats on matters like AntiFa, violent riots in the streets, etc.

Fake media trying to get Trump, Mark Meadows & every Republican to disavow QAnon but not one of these so called journalists like Chris Wallace have ever asked Dems if they disavow Antifa who are actually burning buildings, beating & terrorizing citizens

This week marks the Republican National Convention; only time will tell whether or not Wallace is as complimentary of conservative speakers as he was of Democrat ones. Thus far, the Fox News host has not publically responded to the criticism from President Trump.

Do you believe that Fox News host Chris Wallace is biased in favor of Democrats? Be sure to let us know down below in the comments section.