This Thursday marks the second-post election day; the passing of time has still not led to any concrete answers on who won the American presidency.

Right now, reports of voter fraud and election tampering are rampant. The Trump campaign has therefore filed lawsuits in several states; Team Trump furthermore maintains that they won’t allow the crooked left to steal this election. 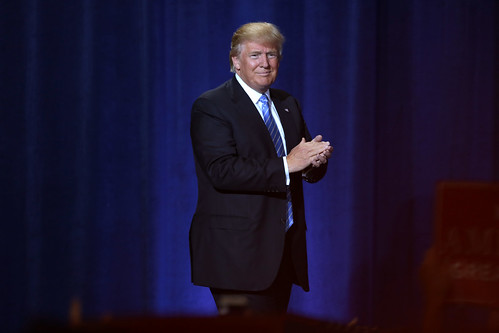 Trump lawyer Rudy Giuliani stated during a press conference yesterday that the campaign may even file a national lawsuit, depending upon events.

Right now, Fox News is taking quite a bit of heat for their role in this 2020 election chaos. As Breitbart News confirms, Republicans’ and conservatives’ bone to pick with Fox News has to do with the outlet prematurely calling the state of Arizona for Joe Biden.

There’s been a recurring pattern with the mainstream media’s manner of covering the 2020 presidential election. That pattern involves outlets rushing to call states for Biden while taking forever and a day to call states for Trump.

One example of this happened on Tuesday night. The media eagerly called several states in favor of Biden with less than half of the vote in; meanwhile, the press took their sweet time calling Florida for Trump, despite the president’s considerable lead with more than 94% of the vote in.

Dial 888-369-4762 (Press 3) and tell them to retract the call! #StopTheSteal #ProtectYourVote pic.twitter.com/rxWx0pmAbp

Fox News, an outlet that generally does well with conservatives, is now facing backlash from their own viewers. On Tuesday, Fox News rushed to call Arizona for Biden, in spite of hundreds of thousands of outstanding votes and a Republican edge.

As more votes are counted, the probability of Trump actually winning Arizona appears greater and greater. Therefore, the Arizona Republican Party is now calling on Fox News to retract their assertion that the Grand Canyon State is a victory for Biden.

Will Fox News Make a Retraction?

As more and more Arizona votes come in, the reality that Fox News made a hasty call is increasingly more obvious. Thus far, the outlet has yet to issue a retraction or respond to the Arizona Republican Party’s demand for them to do so.

Various members of the Trump campaign remain confident that the president will win Arizona. Many incoming votes are from Republican counties, hence bettering Trump’s odds of securing a victory. Meanwhile, the media is refusing to call Pennsylvania, a state where Trump is leading with more than 74% of the vote in.

Do you think President Trump will win the state of Arizona? Let us know in the comments section below!