With nearly one week past since Election Day, the multiple issues at stake here are more than apparent.

Hoards of dumped mail-in ballots magically appearing for only one candidate is a statistical impossibility; it’s also not unreasonable to assume that fraud is happening when clerical and tabulation errors arise coupled with illegal votes and conservative ballot watchers being forbidden to witness the counting of votes. 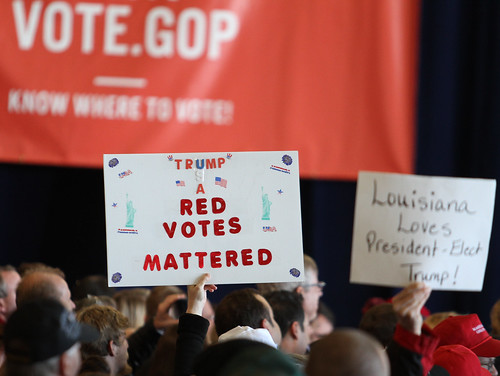 Meanwhile, while all this plays out, Republicans are warning against the breach of election laws, according to Breitbart News.

The Problems with Breaking Election Laws

Elections have consequences, as does election fraud, voter fraud, and failing to uphold the legal practices of an election. Yesterday, Steve Scalise, the GOP House Minority Whip, warned about the problems with breaking election laws while weighing in on the legal battles to come.

Make no mistake—When a liberal says they want to change America, this is what they mean:

Scalise told Fox & Friends that America is “really at the beginning” of the litigation to follow as a result of broken election laws. Moreover, the Louisiana Republican noted that the “transparency process” of allowing poll watchers to oversee the counting of ballots was not honored. He then went on to suggest that blocking GOP poll watchers from overseeing ballot counts brings up questions about what’s happening behind the closed doors.

Transparency, or rather the lack thereof, maintained as a consistent theme throughout Scalise’s remarks with Fox & Friends.

The House Minority Whip drew attention to Pennsylvania, a state that the media rushed to call for Biden, even as vote counts remain underway and even as the state is under a legal mandate to insulate ballots that arrived following last Tuesday.

Fighting It Out in Court

The Biden campaign has made it abundantly clear that they have no interest in getting to the bottom of countless reports indicating fraud, unlawful votes, etc. Following the media’s declaration of Biden as the winner, he gave a victory speech; then, he later went on to talk about how his “first order of business” will be a mask mandate for all Americans.

Rep. @mattgaetz: President @realDonaldTrump has built a GREAT Republican Party, he has an obligation to ensure that we expose and litigate every true example of fraud pic.twitter.com/Y1tNJ2fyhn

The 2020 presidential election is not over. This is something that conservatives remain confident about. During this week and forthcoming ones, the millions of Americans who support Trump will be watching the litigation from his campaign play out.

What do you think about the clearly broken election laws and numerous reports of fraud? Do you believe President Trump and his legal team will win in a court of law? We want to get your thoughts in the comments section below!