With just four days left until the 2020 presidential election, many Americans are bracing themselves for post-election violence.

Thus far, several left-wing activists have made clear that they don’t intend to peacefully accept the outcome of the election if Biden loses. Furthermore, leftist agitators are openly stating that they’ll shut down businesses, streets, etc. Police officers in different parts of the country have even had to investigate threatening letters sent to Trump supporters. 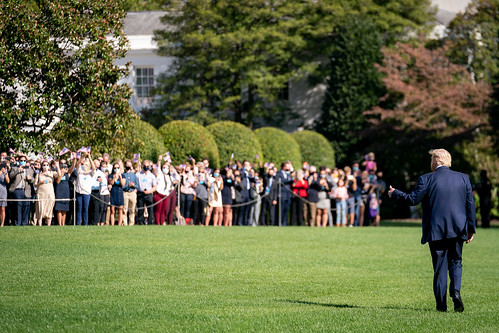 Now, businesses are also taking precautions against the possibility of post-election violence. Breitbart News states that Walmart has removed all guns and ammunition from their stores as a precautionary measure.

Consequences of Civil Unrest from the Radical Left

Americans of all political stripes have witnessed the destructive and criminal acts that follow when leftists don’t get their way. Sadly, Democrats at the state and local levels of communities continue to enable leftists, no matter how destructive they become.

NEW YORK (@AP) _ Walmart says it has removed ammunition and firearms from displays at its U.S. stores, citing “civil unrest" in some areas. The nation's largest retailer, based in Bentonville, Arkansas, sells firearms in about half of its 4,700 stores.

Walmart, however, is trying to stay ahead of the curve. In an official statement, the giant retail company explained that the removal of guns and ammunition is happening in order to “head off” the possibility of their stores being broken into to acquire the aforementioned items.

Walmart then continued, stating that after witnessing “some isolated civil unrest,” the removal of ammunition and guns is also happening to protect their customers and associates.

As Election Day gets closer and closer, the possibility of other stores removing firearms and other weapons from their locations is not unlikely. Certain businesses in big-city communities are already boarding up their shops to minimize any violence that happens on November 3 and the days that follow.

Months ago, President Trump spoke out against the possibility of political violence as a result of the 2020 election. The commander-in-chief stated in no uncertain terms that he wouldn’t stand for it; moreover, Trump warned that, as president, he’d have the power to send in the military to bring a head to violence, if necessary.

First Lady Melania Trump: “We are a country of hope, not a country of fear or weakness.” pic.twitter.com/9n1841cdA6

Meanwhile, law enforcement organizations across the nation are already anticipating the communities they view as most likely to suffer from political violence as a result of the 2020 presidential election.

What do you think about Walmart’s decision to remove guns and ammunition from their stores as a precautionary measure against Election Day violence? Let us know where you stand on all this in the comments section below!