The shutdown-reopen-shutdown-reopen saga continues to become monotonous. At this point, America is almost going in circles with the same routine that seemingly never ends.

During a period where the majority of the nation remained on lockdown, various counties, police sheriffs, and others refused to enforce certain restrictive orders. Now, as reports of increasing coronavirus cases surge, elected officials are back to issuing lockdowns. 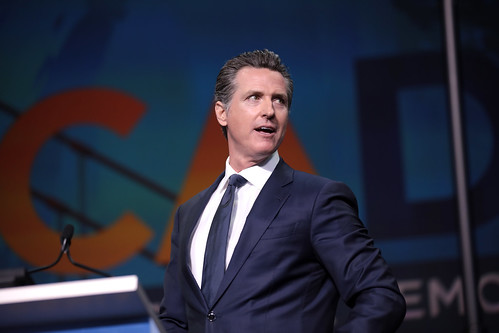 Resistance against lockdowns continues to mount as the American people tire of it. Moreover, an expanding number of sheriffs are refusing to enforce restrictions issued by governors and health officials.

According to Sheriff Villanueva, the county’s public health department declined to run the beach closure mandate by him. The L.A. County sheriff additionally pointed out that while his officers won’t uphold the beach closure order, they will instead focus on traffic and parking lot closure enforcements.

Full statement: “We were not consulted on the beach closure, and will only assist our beach cities in closing parking lots and traffic enforcement on PCH. In regards to enforcing the beach closure, we will not be enforcing it because we are “Care First, Jail Last.” @FOXLA

Further details from Villanueva confirm that his officers are “care first, jail last.” The L.A. County sheriff is far from alone in his decision not to uphold the “order” from the public health department.

Situations like this continue to arise as citizens and law enforcement alike view certain mandates as government overreach.

The decree to shut down beaches over the Fourth of July weekend arrives after California Governor Gavin Newsom mandated that bars shut down in several counties, including Los Angeles County.

Pushback against orders to shut down various businesses and other areas has grown quickly. This resistance continues to arrive in the form of outright noncompliance and refusal to implement.

Ultimately, this leaves everyone involved in a vicious cycle of tug-of-war. Officials, in effect, are wasting their time issuing decrees when massive amounts of people refuse to follow them and law enforcement declines to enforce them.

Our decisions can save lives and keep case numbers down:

Meanwhile, said orders only further the concerns of those who believe their rights as Americans are being infringed upon. Health officials and politicians who dismiss these concerns only further them, hence contributing to what’s turned into a vicious shutdown cycle.

What do you think about the L.A. County sheriff’s refusal to uphold beach closure orders? Do you think others will begin to follow his lead in different parts of California? Let us know in the comments section below.