Weeks ago, economists warned that more business closures and layoffs were coming to the labor force. These same economists additionally predicted that the impacts of shutdowns would be felt by Americans for quite some time to come.

Unfortunately, these predictions are turning out to be accurate. Certain progress has been made; however, more time will pass before the nation’s economy is restored to its pre-COVID-19 state. Furthermore, continued shutdowns that are presently happening in blue states are only contributing to even more economic harm. 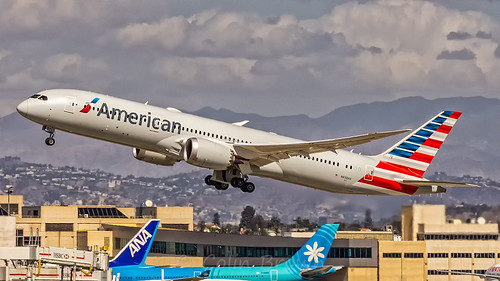 With the arrival of October comes some very bad news for U.S. airline workers. According to Breitbart News, layoffs for airline employees are coming, especially since the federal government hasn’t agreed on more COVID-19 relief aid.

Notably, Republicans and Democrats in Washington have struggled to see eye-to-eye with one another on a new COVID-19 relief package. The GOP believes that Democrats are pushing for reckless spending that will do more harm than good; meanwhile, congressional Democrats maintain that their Republican colleagues are depriving Americans of necessary support.

Negotiations in Congress also haven’t been helped by the attitude of House Speaker Nancy Pelosi. On multiple occasions, Pelosi indicated the willingness to walk away without any deal at all if Republicans don’t cave to her demands; this approach is, interestingly enough, causing backlash from even some moderate Washington Democrats.

As of late, airlines have repeatedly gotten bad press for confrontations between flight attendants and travelers. These confrontations have involved face masks, more often than not; multiple viral stories and videos have surfaced of parents being kicked off flights due to masking issues with extremely young children.

Two U.S. airlines, Southwest and American, announced passengers without a mask won't be allowed to fly, with the only exception being children under the age of two https://t.co/9wJI8hv0OW pic.twitter.com/cWYg61MqrP

Moreover, other flights have chosen to turn around altogether when certain passengers didn’t wear their face coverings to the precise liking of flight attendants. News of impending layoffs for airline workers only adds to the negative press and troublesome times to come.

Are you surprised to learn about the thousands of airline workers who will be getting laid off this month? Let us know in the comments section below!