In response to coronavirus, Whitmer chose to enact one of the most draconian and authoritarian Stay Home, Stay Safe orders. Just some provisions of this order include banning Michiganders from fishing alone, prohibiting people from visiting the homes of their friends and families, and banning the purchase of so-called “non-essentials” in stores that remain open. 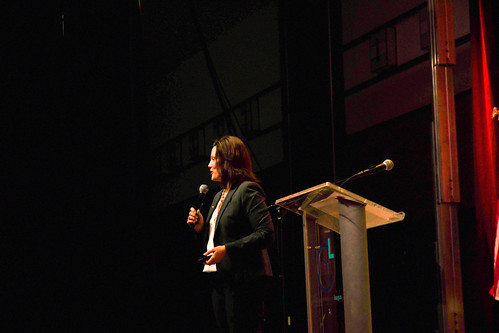 The Michigan governor has overstepped her bounds. On Wednesday, the state’s residents didn’t hesitate to let her know, reports Breitbart News. Thousands of protesters gathered in Lansing in order to let Whitmer know their frustration with government forcing them out of work and infringing on critical civil liberties.

What to Know About Operation Gridlock

Yesterday’s protest against Whitmer’s stay home order is Operation Gridlock. During this time, Michiganders held up signs affirming the importance of liberty, small businesses, and freedom. State residents also pointed out the reality that any job which pays bills is “essential.” Other protesters explained how their own small businesses are fighting to survive Whitmer’s tyrannical order.

More than an hour before the “Operation Gridlock” rally, trucks bedecked in flags, pulling boat trailers, sporting hand painted messages on their roofs have gathered around the state Capitol.
A decent amount of protesters are on foot as well. pic.twitter.com/I9lEfITahU

It turns out that protesters are not the only ones taking issue with Whitmer’s extensive overreach. Yesterday, four Michigan sheriffs penned a letter affirming their refusal to rigorously uphold the governor’s mandate.

The law enforcement leaders explained that Whitmer has “overstepped” her present authority and only confused Michiganders. Likewise, Michigan sheriffs also noted their duty to uphold the Constitution and protect civil liberties, both of which are at odds with the governor’s executive order.

At this time, four Michigan residents are suing Gov. Whitmer in federal court. These Michiganders maintain that Whitmer’s order goes too far and infringes upon First and Fifth Amendment rights. Specific parts of the order taking heat in the lawsuit pertain to Whitmer mandating businesses to shutter and prohibiting gatherings and travel to private homes. A state-level suit against Whitmer also maintains.

What did you think about yesterday’s Operation Gridlock? Also, are you surprised that Governor Whitmer faces lawsuits over her coronavirus executive order along with pushback from Michiganders and state sheriffs? Let us know in the comments section below!