Last week, Americans learned that left-wing activists have no intention of peacefully accepting the outcome of this year’s election if Biden loses. 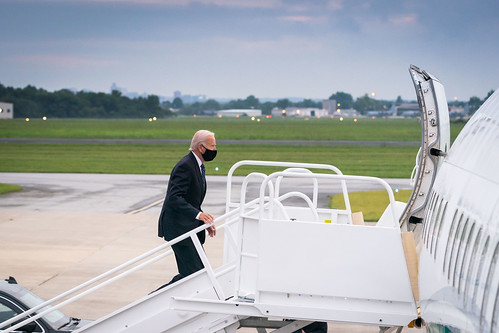 Ironically, talk about political violence to come arrives as Democrats assert Trump as dangerous to our nation’s democracy; yet, it is leftists who are laying the groundwork for Biden to weasel out debating Trump or conceding the election if he loses.

President Trump has since responded to reports and threats about political violence should he win a second term in office. According to Washington Examiner, the president maintains that the military will intervene should such violence come to fruition.

Trump on the Planned Response to Election Day Riots

During a Fox News interview, the commander-in-chief responded to the talk of political violence following the election.

Trump explained that riots will be “put down very quickly” should they arise. The president then noted the Insurrection Act which gives him lawful authority to send in the National Guard and military troops to halt violent civil unrest.

The president also explained that while he would rather avoid having to use the Insurrection Act, it’s a measure that he will take should the need arise.

Shortly thereafter came Trump’s assurance that the military troops and National Guard would manage to bring an end to political violence “within minutes.”

Threats of political violence on Election Day arrive after months of ceaseless riots in various communities. These riots continue to have devastating impacts, not just on the physical community, but also on individuals who live and work in these localities.

Several small businesses have suffered temporary or permanent job loss due to looters and rioters who burned their shops to the ground. Amid job loss and projected unemployment to come in the near future, the burning down of businesses arises at a terrible time.

A number of local #Kenosha businesses have been forced to close and are boarded up in wake of the riots.

One owner told me some were set on fire, others were broken into and had items stolen, while only a handful of stores were miraculously untouched. pic.twitter.com/qOpP2QF781

Democrats who control the cities plagued by riots have repeatedly pushed back against the federal government’s attempt to put an end to destructive anarchy. Still, the Department of Homeland Security (DHS) continues to warn that violent unrest can only continue for so long before the federal government acts on its own accord.

Do you think President Trump will have to invoke the Insurrection Act to end political violence on Election Day? Where do you think the nation will be by the time November 3 arrives? Let us know in the comments section below!