Months ago, the city made national news after the unspeakable riot outbreaks following the death of George Floyd. Minneapolis residents set police precincts on fire, looted community businesses, torched cars, stole, and otherwise ravaged their own community for nights on end. 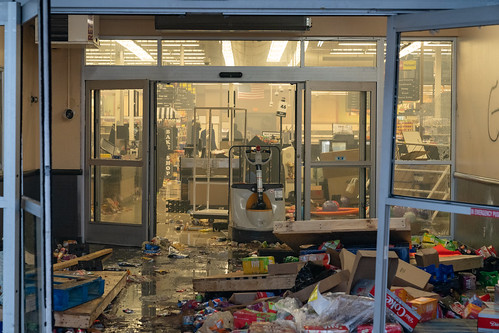 Democrats and their supporters cheered on this behavior, stating that residents had every right to tear apart their community. Now, the consequences of these ongoing choices are coming to fruition. Many Minneapolis residents are in for a rude awakening.

New information from Breitbart News states that the Minneapolis Police Department has told members of the community to comply with criminals and “do as they say.”

A Closer Look at the Dilapidated Minneapolis Community

Carjackings, thefts, and other crimes are on the rise in Minneapolis.

This ongoing uptick in crime is only one of several consequences of the ongoing riots that happened in the area earlier this year. However, residents of Minneapolis were not made any safer or more secure by the Minneapolis City Council’s vote to scrap the police unit last month.

Look another email on how to be a perfect victim in #MplsCrime just came out, but wait @MayorFrey says Minneapolis is a safe vibrant place pic.twitter.com/1eIBY0oei9

Now, the Minneapolis Police Department is literally telling local residents to roll over and give criminals what they want. In a list of “robbery prevention tips,” Minneapolis residents face orders to “do as [criminals] say” and “be prepared” to hand over personal valuables like wallets, cell phones, and purses.

Where is the Minneapolis Mayor?

For many weeks now, Minneapolis Mayor Jacob Frey (D) has taken heat for what critics view as significantly poor leadership. Thus far, Frey has yet to address the abolition of the Minneapolis Police Department; the Democrat mayor also hasn’t spoken about the calls for city residents to comply with criminals.

Instead, the Minneapolis mayor’s attention is focused on other matters. Judging from Frey’s social media accounts, promoting $600 per week handouts from the federal government is more important than ensuring the safety of Minneapolis residents.

Extending the $600/week unemployment is a common sense way to help people make it through a crisis they didn't cause. https://t.co/kvwiwr0YrT

Mayor Frey’s attempt to gloss over Minneapolis’ serious predicament does not help matters. In fact, it only emboldens criminals and those who seek to do harm, while placing the lives of the innocent and defenseless in peril.

By all accounts, it appears as though the situation in Minneapolis will get a lot worse before it gets better.

What do you think about the current position of Minneapolis, Minnesota? How will the community fare from being told to comply with the whims of criminals? Let us know down below in the comments section.