Over the course of weeks, multiple cities across the United States have moved to defund their police departments. Other localities have taken things one step further, voting in favor of completely disbanding police and replacing them with alternative organizations.

Conservatives and other Americans who value law and order warned about the dangers of defunding police. It’s also no coincidence that communities moving to defund their local police departments have the greatest need for law enforcement. 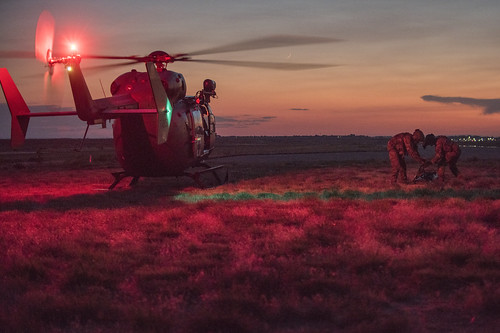 The Growing Push to Increase Funding for the Police

Despite the anti-police messaging from Black Lives Matter and AntiFa activists, certain cities recognize the need for law enforcement. A community without police officers is a beacon to criminals and others who seek to commit harm.

Thus far, some of the cities moving to increase funding for their police departments in 2021 include the following: Dallas, Houston, San Antonio and Forth Worth Texas, Charlotte, North Carolina, Missoula, Missouri, and Manchester, New Hampshire.

Defunding law enforcement is not the answer. pic.twitter.com/nwxtUTmpF8

It’s worth noting that the push to increase funding for the police is happening in cities run by Republicans and Democrats alike. This trend furthermore suggests that there are leaders on both sides of the aisle who recognize the perils, dangers, and recklessness of defunding and abolishing police.

Pushback Against Defunding the Police

While many Texas cities have moved to boost funding for their police departments, Austin has gone in a different direction. The city slashed $150 million dollars from its police department, prompting critcism from Texas Governor Greg Abbott (R).

Communities such as New York City and Los Angeles have also decreased funding for their police departments. The consequences of these decisions are already here as crime surges and residents flee to live elsewhere.

Second, you made your bed now lie in it Cuomo. This is your terrible leadership & policy manifesting.

Critics of defunding police are responding to troublesome situations in communities by reiterating that blocking law enforcement from doing their jobs is not the way. Thus far, communities with defunded police departments have not indicated any plans to restore funding for law enforcement.

What do you think about certain cities in America increasing, rather than slashing, their funding for police departments? Sound off with your thoughts in the comments section below!