New Jersey Governor Mandates Face Masks for Outside Use

Noncompliance with face masking and mandates to wear face coverings remains an issue.

Americans who are refusing to abide by these orders have taken this position for several reasons; some have concerns about the ramifications of forced masking while others struggle with re-inhaling their own waste, cutting off oxygen, and potential PTSD from having cloth stuck to their faces. 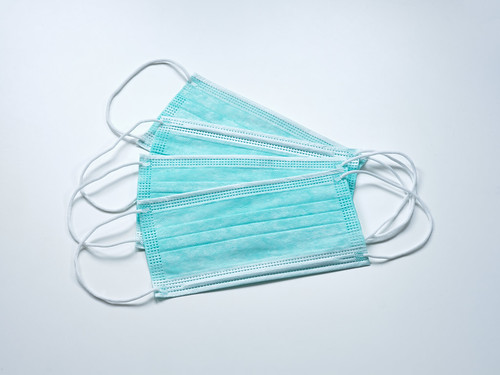 Needless to say, leaders are not happy about pushback and resistance against their mandates for everyone to “mask up.” In response to pushback against face mask mandates, elected officials are issuing even more mandates that continue to encounter resistance.

This is the case with New Jersey Governor Phil Murphy (D) who is now ordering state residents to wear face masks outside, confirms Breitbart News.

The New Jersey governor articulated that a “backslide in compliance” with masking mandates has prompted his call to mandate face coverings for outdoors. Murphy also went on to claim that New Jersey has “been through hell” with coronavirus and cannot face a repeat of said “hell.”

As such, Governor Murphy has stated that face masks are “REQUIRED” in public outdoor spaces. After noting this “requirement,” the New Jersey governor posted several other messages promoting face coverings and dismissing concerns that Americans have about forced masking.

UPDATE: Face coverings are now REQUIRED in outdoor public spaces when social distancing is not practicable.

Murphy repeated the typical talking points which assert that mask-wearing isn’t about politics, but about “saving lives” and “showing you care.” Furthermore, the New Jersey governor proceeded to claim that individuals who refuse to wear face masks are “selfish” and believe themselves to be “invincible” without regard for others.

How Americans Are Responding to Face Mask “Requirements”

Despite the above rhetoric from the New Jersey governor, issues with forced masking are not going away. As a matter of fact, multiple police sheriffs across the nation (during this week alone) have announced their refusal to enforce mask mandates.

Ultimately, shaming individuals who decline to wear face coverings is not winning them over. In fact, as Governor Murphy noted, a “backslide” in face masking is happening across America. This, in and of itself, shows that forced face coverings are not in alignment with many people in this country.

Here is my answer to you. I followed your directives long enough. Now I have to wear a mask while walking around outdoors while a few months ago I didn't have to and the numbers were dropping ? So no, I'm not wearing one outside.

In the wake of the New Jersey governor mandating masks for outdoor use, some folks are already questioning just how enforceable his mandate actually is.

Do you believe New Jersey residents should have to wear face masks while outdoors? Is the “requirement” from Governor Murphy enforceable? Let us know what you think down below in the comments section.