The rise of calls to defund the police continues to spell ‘bad news’ for law enforcement officers across the nation; the collective demonization of the police is certainly not helping members of the force either.

Morale among members of the police force is down big time. Certain members have turned in their badges, stating that they and their families no longer view the job as worth it. Others believe that the present treatment of police officers by local officials marks the right time to get out of the job. 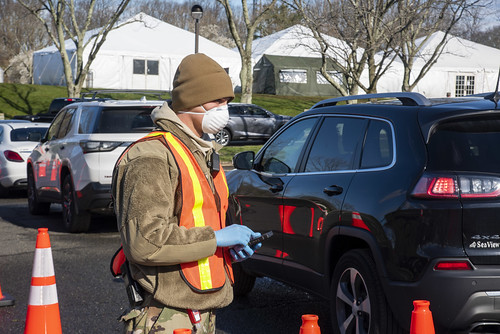 As anti-police sentiment spreads on the left, this seems to be a dog-whistle to certain people with bad intentions. In the past few months alone, multiple reports of law enforcement officers having their food and drinks tampered with have surfaced.

Now, a New Jersey Starbucks worker is in police custody following his boasts about spitting in police officers’ drinks, according to Breitbart News.

What Happened in New Jersey?

21-year-old Kevin Trejo made the foolish decision to spit in police officers’ drinks and then later boast about the crime to others around him.

The tip about Trejo’s actions is reported to have arrived anonymously and the 21-year-old is facing several charges for his actions; these charges include tampering with an officer’s coffee, forcing the officer to consume bodily fluids, and furthermore creating a dangerous situation.

NJ State PBA President calls outrageous the actions of the 21 year old @Starbucks worker. "Every time I think we as society hit bottom, there is a new incident. Officers risk their lives daily, it shouldn't be while getting coffee."
Kevin Trejo charged spitting in cops coffee. pic.twitter.com/WG4XkIAOvL

Since Trejo’s decision to spit in the coffee of police officers, Starbucks has confirmed that he no longer works for their company.

The Statement from New Jersey Police

Since the aforementioned incident, the New Jersey law enforcement community has shared a statement.

In this statement, Patrick Colligan, president of the New Jersey Policemen Benevolent Association, denounced what happened. Colligan also expressed disappointment in the ongoing pattern of officers being mistreated.

Order ahead and pay for your summer sips on the Starbucks App. 😎

After explaining that situations continue to worsen when it seems America “as society [hits] bottom,” Colligan noted his dismay about these recurring episodes.

Sadly, the movement to defund law enforcement remains alive and well. Several mayors within the Democrat Party have vowed to defund the police. Therefore, some Americans are pointing out that outright attacks on the morale of officers only emboldens people like Trejo.

Do you think police officers will continue to deal with situations involving the contamination of their food and drinks? Let us know what you think about this latest assault on the police down below in the comments section.