For weeks upon weeks, American citizens have watched agitators rip down statues and monuments. This behavior arrived following the death of George Floyd and riots against police officers.

In addition to calling for the defunding of police, left-wing demonstrators view our nation’s statues, memorials, and monuments as symbols of racism. Therefore, these people also feel justified in literally tearing down and incinerating what they believe represents oppression. 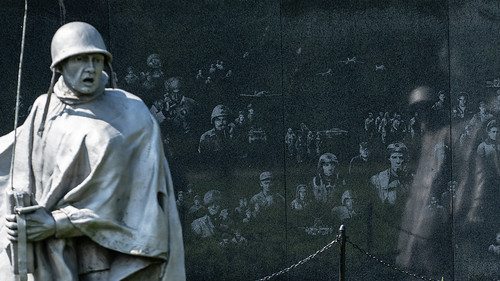 Of course, tearing down monuments and other similar figures is not legal, nor has it ever been. However, many Democrat leaders have allowed violent demonstrators to deface and destroy these memorials and statues without consequences.

This is why House Minority Leader Kevin McCarthy is putting forth key legislation; this legislation would withhold federal funding from states and cities that decline to protect their memorials and statues, explains Fox News.

What to Know About the GOP Leader’s Legislation

McCarthy announced the forthcoming bill yesterday during his participation in a press conference. The House Minority Leader explained to reporters that states and cities which ultimately refuse to “uphold the law” could lose federal funding, assuming his legislation succeeds.

The GOP leader additionally explained that Democrats have egged on “mobs” that commit violent acts and penalize individuals who dissent. Shortly thereafter came McCarthy’s claims that left-wingers in power are ultimately embracing anarchy in the streets as a means of distraction from their “radical” agenda.

I am calling on Speaker Pelosi to break her silence on the mob violence happening in cities around the country.

Her continued self-censorship sends the unacceptable message that she is either too afraid to critique leftwing radicals or that she condones lawlessness and violence.

In announcing the forthcoming legislation, McCarthy also zinged House Speaker Nancy Pelosi for seeking to eliminate “the richness of our country’s history.”

Legislation to come from the GOP leader already has considerable support from Republicans in Congress. Many conservative lawmakers take issue with statues being forcibly ripped down while perpetrators face little to no repercussions for this type of behavior.

Like many other issues currently facing our nation, the matter of statues has also become highly politicized. Many Democrats remain critical of McCarthy and other Republicans who seek to stop the destruction and vandalism of U.S. statues, memorials, and monuments.

These are the men and women who protect our national monuments and keep Americans safe. I visited with them today before their shift began to thank them for their service.

RT to join me in showing them support! pic.twitter.com/zmh9fVMdNy

This criticism often includes arguements that Republicans care more about statues than human lives or “systemic racism.” President Trump earned this assessment from the left last month after signing an executive order that criminalizes vandalism of federal monuments and other figures.

Do you think Rep. Kevin McCarthy’s legislation will succeed in Congress? What do you make of statues and memorials being torn down in the streets? Let us know down below in the comments section.