For quite some time, so-called experts have told Americans not to gather in crowds. They claimed that these gatherings posed a great risk for coronavirus transmission, but the past two and a half weeks have proven otherwise.

Since the Memorial Day death of George Floyd, riots and protests have broken out for multiple, consecutive nights. When weighing in on these gatherings without social distancing, health officials claimed that these demonstrations didn’t pose a risk for COVID-19 transmission. 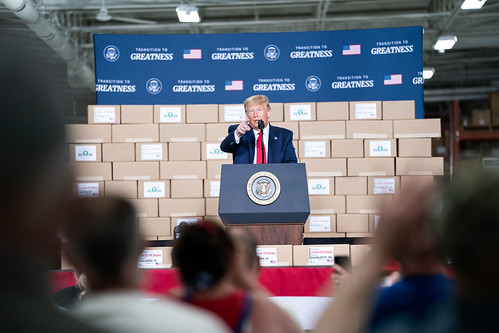 “President Trump in Maine” (Public Domain) by The White House

It’s worth noting that health officials took a very different stance when Americans protested job-killing shutdowns. However, if people can gather in the streets or in churches to protest, riot, and mourn the death of George Floyd, then Americans can gather for other reasons.

This is why President Trump will be hosting a new political rally on June 19 in Tulsa, Oklahoma, confirms Breitbart News.

What to Know About the Upcoming Trump Rally

The president’s upcoming rally will arrive after months of no public gatherings. Yesterday afternoon, Trump informed the press of the need to recommence rallies; he also pointed out the immense success that comes from gathering with his supporters in person and speaking about politics, the election, and current events.

President Trump said he will begin staging campaign rallies again soon, with the first one likely in Tulsa, Oklahoma, on June 19 https://t.co/hfb6rMgu9d pic.twitter.com/XSZsWh0WZC

The Tulsa, Oklahoma rally that will take place next Friday is only the tip of the iceberg, though. According to the president, he is also planning to gather with supporters in Texas, Florida, and Arizona. It’s worth noting that each of these states are areas with consistent reopening plans.

Like the president, many Americans across the nation are eager for a return to normal. If there’s one silver lining to come from all the riots and gatherings over the past two and a half weeks, it’s the confirmation that we can, in fact, congregate with one another. 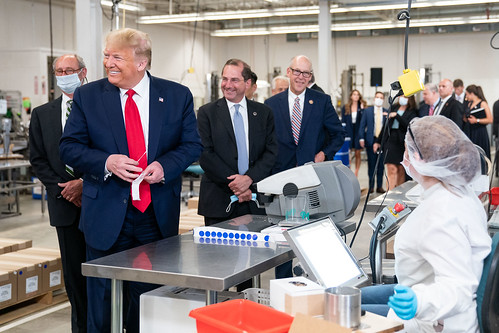 “President Trump in Maine” (Public Domain) by The White House

Are you glad that President Trump is beginning to hold rallies in America again? Will you be in Tulsa, Oklahoma on Friday, June 19? Let us know in the comments section below.