With fewer than 14 days until the end of the 2020 presidential election, the Biden campaign is in a very tight spot.

This week alone, Biden came under scrutiny after calling a lid on Monday, Tuesday, and Wednesday. Moreover, this doesn’t mark the first time that the former vice president has dodged the press and public eye; meanwhile, the Trump campaign remains hard at work with the president, vice president, and Trump’s adult children visiting multiple states each day. 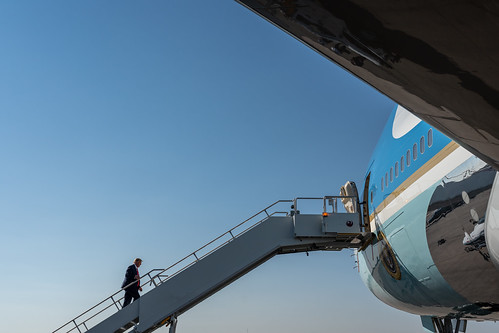 Time is quickly dwindling and the huge scandal surrounding Hunter Biden and his laptop isn’t doing the Democrat nominee for president any favors.

This may explain why, yesterday, the Biden campaign had former President Obama stump for Biden in Philadelphia, Pennsylvania, per Breitbart News.

While campaigning for Joe Biden in Philadelphia, the former president gave off the typical talking points that some Americans expected.

Attacking Trump, claiming that he’s not “presidential” in his communication style, and criticizing his manner of responding to COVID-19 were each routes that Obama chose. The former president then questioned why some Americans are “excusing” behavior that he claims only a “crazy uncle” would exhibit.

"With Joe and Kamala at the helm, you're not going to have to think about the crazy things they said every day."

Obama moved on, stating that the Trump White House has done nothing but “screw up” the means of responding to coronavirus. The 44th president did not, however, acknowledge that even Democrat governors like Andrew Cuomo and Gavin Newsom have praised Trump’s response and work with their states.

Not only this, but the 45th president is also responsible for an increase in testing availability, the provision of personal protective equipment, and more. Of course, though, the purpose of Obama’s time in Philadelphia was not to tell the truth, but to throw a lifeline to the Biden campaign.

What’s Next for the Biden Campaign?

This evening, Joe Biden will face off against President Trump in the second and final presidential debate. The debate will take place in Nashville, Tennessee and last for approximately 90 minutes.

President @realDonaldTrump on Biden family corruption: An email referenced "10% held by Hunter for The Big Guy." I wonder who the 'Big Guy' is? pic.twitter.com/ULAWwzBJQ2

Unlike the last presidential debate in September, the debate moderator will have the opportunity to mute the microphones of candidates. This is something that President Trump has heavily criticized while Joe Biden is all in favor of it.

What did you think about the statements made by Barack Obama in Philadelphia? How much of an impact do you believe his drive-in rally will have upon voters? Share your takes with us in the comments section below!