Obama Tears Into “Folks with Power” During Commencement Speech

These days, just about everyone has an opinion on COVID-19 and the ways in which it’s being responded to.

Many Americans have noted the very positive steps that the Trump administration has taken towards beating coronavirus; some of these steps include increased access to testing, informing Americans of necessary measures to stop the spread of COVID-19, and providing a phased plan for reopening. 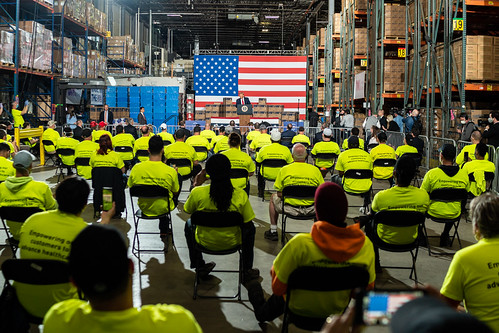 However, despite the work of the White House, Democrat leaders and their followers continue to attack the president’s administration, reports Breitbart News. One of the latest attacks occurred over the weekend when former President Obama slammed “folks with power,” claiming that moves against coronavirus have been lackluster.

A Closer Look at Obama’s Criticism of the Trump Administration

The 44th president did not directly reference the Trump administration; he did, however, censure the actions of “folks with power” and “folks in charge.” According to Obama, the aforementioned individuals are not even feigning to be in charge and are instead weaponizing COVID-19 to divide Americans.

Obama’s remarks arrived on Saturday when he delivered a commencement speech to 2020 graduates. In further parts of his speech, the 44th president urged listeners to fight for universal healthcare, economic equality, and environmental justice.

Congrats to the high school Class of 2020, as well as to the teachers, coaches, and most of all, parents and family who’ve guided you along the way. Thanks for letting me be part of your big day! pic.twitter.com/RjYvHs2BhC

Finally, Obama professed that America’s status quo is in need of “fixing.” This claim arrived after he urged the black community to reach out and find “allies.” The 44th president’s speech to 2020 graduates occurred online due to the presence of coronavirus. Left-wing celebrities such as Vivica Fox, Kevin Hart, and others joined the former president.

Remarks shared by Obama marked yet another case in a string of instances where the Trump administration has faced attacks from the left.

What did you think about Obama’s commencement speech? Do you believe that 2020 graduates will internalize the narratives he shared? Let us know in the comments section below!