Requirements for individuals to wear masks are some of the most controversial points in a national culture war.

Some Americans firmly believe that “masking up” is an effective way of cracking down on COVID-19. Individuals with this outlook have labeled people who refuse face coverings as selfish and worse. Viral videos of masked individuals confronting their maskless counterparts in grocery stores and other similar settings continue to spread. 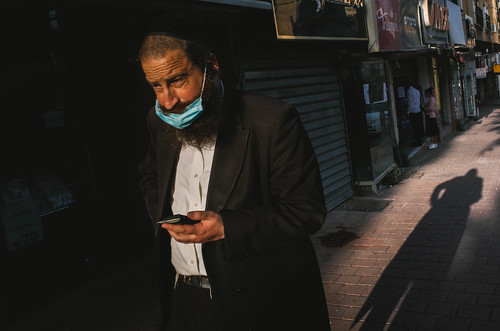 Americans who oppose mandatory face masks have their reasons for doing so. Many people believe that the government shouldn’t have the power to demand that citizens cover their faces. Others question the health safety of ongoing masking along with whether or not such mandates are constitutional.

What to Know About Ohio’s Mandatory Mask Order

Per the orders of Governor DeWine, Ohio residents are expected to wear face coverings inside and outside during virtually all times. Exceptions exist for individuals who are in their homes, eating or drinking, playing sports, exercising, or conducting religious services.

Beginning tomorrow at 6:00pm, citizens in all Ohio counties will be under a mandatory mask order while out in public. pic.twitter.com/UqLEzT3Mly

In announcing this mandate, the Republican governor claimed that wearing a face mask will save lives. This is a common talking point from individuals who favor forced masking, despite the health issues that can arise from routinely rebreathing one’s own CO2.

Who Will Enforce the Mandate?

For some time already, certain counties in Ohio have had mandatory face mask ordinances foisted upon them.

Certain sheriffs in Ohio announced their refusal to uphold these mandates; as such, it will be interesting to observe the days and weeks to come and see whether or not law enforcement chooses to carry out DeWine’s executive order.

If you’re traveling from one of these yellow states, you should self-quarantine at home or in a hotel. This applies to those who live in Ohio and those traveling here from these states, whether they are traveling for businesses or vacationing. pic.twitter.com/M4A8khBniX

Many folks on the right believe that forcing people into covering up their faces is not a power the government should have. Leaders on both sides of the aisle who have chosen to implement face mask orders are also now facing lawsuits.

What do you think about Ohio’s mandatory mask order? Should law enforcement uphold this mandate? Share your thoughts with us down below in the comments section.