Earlier this week, House Republicans along with four of their constituents sued Speaker Nancy Pelosi over her moves to force through proxy voting.

If Pelosi’s vote by proxy agenda succeeds, one representative will be able to speak — and vote for — up to 10 members. The clear problems and room for corruption this creates couldn’t be more apparent; unfortunately, though, the Speaker is intent on playing politics and pretending as if proxy voting will benefit the American people. 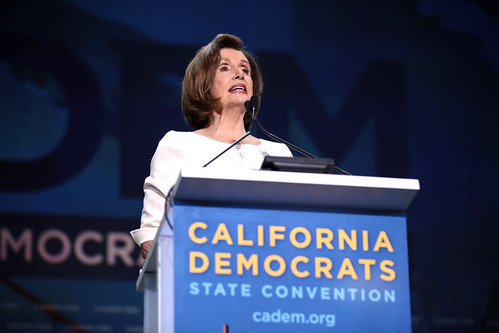 Since the lawsuit against her, Pelosi has attacked House Republicans, citing their legal action against her as a “sad stunt.” Additional reports from Washington Examiner detail Pelosi’s defense of a clear attempt benefit her own party.

In a statement, the House Speaker claimed that GOP House members who oppose proxy voting are merely holding up “urgently-needed action” to aid Americans in the era of COVID-19.

Of course, Pelosi failed to specifically detail just how vote by proxy will help Americans. If anything, allowing one congressmember to represent the votes of ten members is silencing the voices of Americans, rather than amplifying them. This move would also further drown out the voices of the GOP minority in the House.

I want every American to understand what Nancy Pelosi's "proxy voting" scheme means:

→ Democrats can stay home for the rest of the year, but still get paid.

→ Democrats can hand their power over to someone else—Pelosi—so she can vote multiple times.https://t.co/6DJReS7Nf6

Additionally, the House Speaker alleged that her push for proxy voting is, in fact, supported by the Constitution; although, the federal lawsuit from her Republican colleagues claims otherwise. Nevertheless, Pelosi dug her heels in, maintaining that legal experts are supportive of voting remotely in the face of a “pandemic.”

Later today, the House of Representatives are expected to convene in order to review several pieces of new legislation.

What do you think of Nancy Pelosi’s response to the lawsuit against proxy voting? Do you believe that she or House Republicans will ultimately win this battle? Don’t hold back in the comments section below!