Pelosi Protests for George Floyd While Flanked by Bodyguards

As riots and demonstrations continue to break out across the nation, Democrats are seizing the opportunities to further themselves politically.

Despite the lootings, burnings, and other forms of carnage terrorizing U.S. streets, the left continues to pretend as though demonstrations are exclusively peaceful. As videos keep surfacing of buildings and cars going ablaze, Democrats have only recently begun to take actions to de-escalate violence. 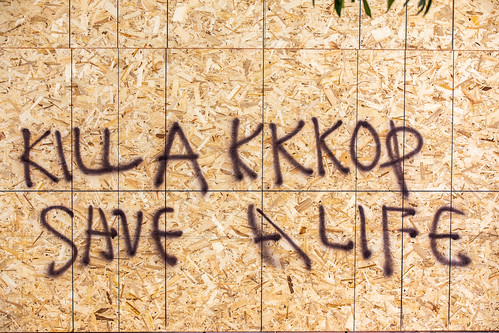 A lack of acknowledgment of the violence within these demonstrations is only the tip of the iceberg, though.

As leftists allege that these gatherings are safe and justified, the top Democrats who choose to go are bringing security guards with them; House Speaker Nancy Pelosi is one of the latest leftists to do this, confirms Breitbart News.

On Wednesday, the House Speaker was seen attending a protest in Washington D.C. During this time, Pelosi wore a mask and was flanked by her bodyguards; she also met and spoke with protesters, showing her support for those who largely write off law enforcement as racists.

Nancy Pelosi with protestors outside of the Capitol. pic.twitter.com/YsEHZ58XwG

Despite Pelosi’s attendance at yesterday’s D.C. protest, she vocalized concerns about a potential new emergence of coronavirus. The element of coronavirus and subsequent concerns about large gatherings have largely disappeared from the liberal media’s coverage of these protests and demonstrations.

While speaking with the press, the House Speaker stated that certain protesters are, in fact, engaging in social distancing. Thus far, there has been no footage or online images of demonstrators or rioters keeping six feet between themselves.

Certain critics of Pelosi have accused the House Speaker of joining protesters merely for the photo-op. Other leading Democrats, such as Elizabeth Warren, were also seen amongst protesters on Wednesday.

What do you think about Nancy Pelosi joining demonstrators yesterday with her bodyguards by her side? Sound off with your thoughts in the comments section below!